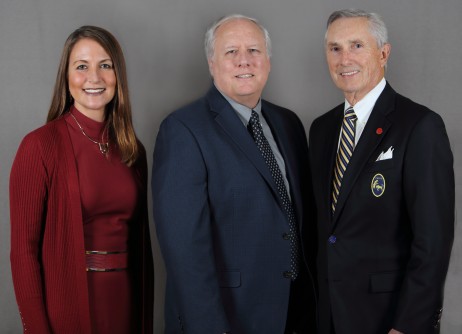 Newswise — To address the national shortage in STEM (science-technology-engineering and math) career-oriented students, the Florida Atlantic University Brain Institute has received a $780,000 grant from the Stiles-Nicholson Foundation to launch an innovative program targeted at middle and high school students in Palm Beach County. ASCEND (Advancing STEM: Community Engagement through Neuroscience Discovery) will tap the energy and intellect of undergraduate, graduate and post-doctoral neuroscience trainees associated with FAU Brain Institute labs, the Harriet L. Wilkes Honors College, the Scripps Research Institute, and the Max Planck Florida Institute for Neuroscience to excite and inspire future neuroscientists. ASCEND efforts will include classroom and lab visits as well as hands-on and virtual reality demonstrations and the development of digital and web-based educational content. A key component of the program involves efforts to establish long-term interactions between middle- and high-school students with practicing neuroscientists.

The four-year program, designed to showcase the promise and progress of brain science, will be overseen by the FAU Brain Institute, with offices and laboratories on both the university’s Boca Raton campus and it’s John D. MacArthur Campus at Jupiter. The overarching goal of the program is to instill a fascination for scientific inquiry, in general, and more specifically to raise awareness at an early stage of the remarkable approaches and discoveries that drive modern neuroscience discovery. The ASCEND program is particularly unique in supporting the recruitment of pre-professional neuroscience trainees as they develop the skills needed both to lead independent careers and to reinforce their passions for STEM engagement activities. The result is a “win-win” for the ability of FAU and its affiliates to recruit and retain top young neuroscience trainees while enhancing exposure of youth to the questions, methods, and discoveries of brain research.

“We are grateful to the Stiles-Nicholson Foundation for their investment in both science and education in Palm Beach County and in our team and community, both in supporting the science we pursue today, and in the educational needs of the scientists of tomorrow,” said Randy D. Blakely, Ph.D., executive director of the FAU Brain Institute.

Nicole L. Baganz, Ph.D., the FAU Brain Institute’s director of community engagement and programming, will work closely with Blakely and ASCEND staff to promote STEM education efforts of multiple teams of pre- and post-doctoral trainees to communicate their excitement about the tremendous advances occurring in brain research.

“We all share a mission to ensure that our nation has a well-trained, scientifically literate workforce, one that will allow the United States to remain at the forefront of neuroscience discovery and that can translate research discoveries into practical applications that ultimately benefit humanity globally,” said Baganz.

ASCEND will be organized around the efforts of three teams of junior and advanced neuroscience trainees drawn from world-class FAU, Max Planck and Scripps laboratories. These trainees will work with ASCEND leadership to conceive, generate and disseminate materials in an engaging, multi-media format that can make learning about the brain fun and provide experiences well beyond typical classroom exercises. Among the activities envisioned for these trainees is the generation of web- and app-implemented neuroscience content that can be used to augment small group lecture and hands-on demonstration sessions, as well as podcasts that communicate the latest findings in brain research, at an age appropriate level. ASCEND also will seek to translate and personalize the discovery process, establishing relationships that are re-engaged year-to-year, increasing the likelihood that youth will remain engaged in STEM pursuits.

“We are very pleased to support and work closely with the Florida Atlantic University Brain Institute to provide an invaluable program to the youth in Palm Beach County,” said David John Stiles Nicholson, BSc., LLD, CFA, chairman and founder of the Stiles-Nicholson Foundation. “Now more than ever, there is a critical need to advance interest in the STEM disciplines in the United States as we are ranked No. 25 in science and No. 35 in math out of 72 countries in the developed world. We believe that efforts like FAU’s ASCEND program are key to keeping us competitive in our global society.”

Blakely envisions that the teams will draw from advice of the outstanding STEM educators at FAU to develop creative learning experiences. Also, ASCEND teams will work closely with educators at the South Florida Science Center and Aquarium who are currently partnering with FAU, Scripps and Max Planck faculty to design a new permanent exhibit on the human brain, set to open next year.

“With the arrival of a high-tech, permanent exhibit on the human brain at the South Florida Science Center, the Stiles-Nicholson award couldn't be more timely,” said Blakely, who expects the trainees within the ASCEND to accomplish some of their educational objectives in direct collaboration with the museum, in many cases on site, using the Science Center’s recently opened Stiles-Nicholson education building.

According to the World Health Organization, brain disorders represent the most significant basis for loss of individual productivity worldwide. Millions of Americans suffer from major depression, anxiety disorder, addiction, Alzheimer’s disease, obsessive-compulsive disorder, autism and ADHD. Effective treatments for many of these disorders are still lacking. Left untreated, brain disorders disrupt the fabric of families and communities, reduce socioeconomic status, and lead all too often to personal tragedies.

“The brain is the source of our thoughts and dreams, and is the most complex piece of matter in the known universe,” said Blakely. “To understand and develop new treatments for brain disorders, we must insure that we train professional neuroscientists while reaching out to younger minds to fire their imaginations of those who one day could make neuroscience a career. The ASCEND program strives to foster a technically sophisticated and motivated workforce, a goal key to success in the interlocking fields of genetics, cell biology, biophysics, biochemistry, and computer science and engineering, which have merged together to form modern neuroscience.”

According to Nicholson, “the next decade of discovery belongs to STEM and the most impactful potential discoveries are in neuroscience. We know so much about the world around us and far reaching planets, yet so little about the inner workings of the brain, but that is changing, and changing rapidly. As advances in neuroscience are made, the ASCEND program hopes to provide an educational outreach to not only STEM students, but the general public at large. In collaboration with great partners like the Brain Institute, FAU, Scripps, Max Planck, the South Florida Science Center and the Palm Beach County School District, we hope to make a difference in the understanding of our most vital organ, the control tower of all things, the brain.”

Inaugurated in 2016 on the John D. MacArthur Campus in Jupiter, Fla., the FAU Brain Institute supports research, education and community outreach among more than 100 faculty faculty level researchers at FAU and its affiliate research centers. One of FAU’s four pillars that guide the University’s goals and strategic actions, the Institute seeks to unlock the secrets of brain development, function and plasticity and how the mechanisms uncovered can be compromised to drive devastating brain disorders. From the study of neuronal development and signaling to investigations of brain diseases including addiction, autism, Parkinson’s and Alzheimer’s disease, researchers from FAU’s Brain Institute seek to generate knowledge that benefits society. For more information about the Institute and its members, visit www.ibrain.fau.edu.

Located in Jupiter, Florida, the Stiles-Nicholson Foundation has been an active community leader in supporting education for the past 26 years. The Foundation was formed in 1992 in memory of William John Stiles and William Nicholson, the father and step-father of David John Stiles Nicholson with the mission to improve and enhance the education of citizens to better understand the benefits of the free enterprise system and how best to cope and succeed in the real world. The mission presently includes 4 major initiatives to help create a better more opportunistic America with equal opportunity for all to be the best that they can be. (1) Free Enterprise & Entrepreneurship (2) Financial Literacy (3) STEM (Science Technology Engineering & Math) and (4) Personalized Learning Optimization. In the pursuit of its goals, the Foundation has partnered both nationally and locally on a multitude of educational initiatives with Junior Achievement, the South Florida Science Center, Johns Hopkins University, the Intercollegiate Studies Institute, Palm Beach County School District, the Independence Institute, and the Foundation for Excellence in Education. For more information, visit www.stiles-nicholson.org.