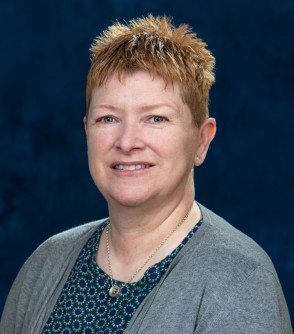 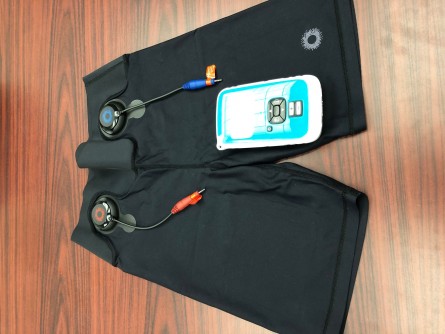 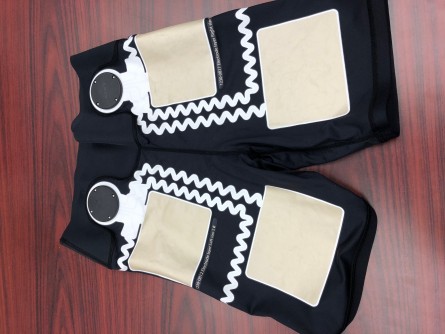 INNOVO shorts inside with electrodes in tan sections

Newswise — OMAHA, Neb. (Dec. 11, 2018) – About one in three women in their lifetime will be affected by stress urinary incontinence, a condition that results in intermittent urinary leakage during laughing, coughing, sneezing and exercise. Few will talk about it, thinking it is just a normal sign of aging. But a new, non-invasive device developed by a Creighton University professor could help women take control of the condition rather than simply managing it.

Stress urinary incontinence, caused by a weakened pelvic floor can have a tremendously negative effect on women’s lives, says Ruth Maher, assistant professor of physical therapy at Creighton and director of the Women’s Health Residency Program.

“The burden associated goes far beyond the cost of pads as medical and psychological morbidity in addition to quality of life are profoundly impacted,” says Maher. “It has a huge impact on the quality of life for women. Women will plan outings around available restrooms, choose not to wear certain clothes for fear of ruining them from leakage and severely curtail their exercise regimens which can have a severe impact on their health across their lifespan. Additionally, this type of incontinence  can impede intimacy for up to 65 percent of women because of leakage during sex.”

Maher is one of the co-developers of the Innovo® therapy device, a non-invasive treatment for pelvic floor weakness that will soon be available in the United States. The device, manufactured by Atlantic Therapeutics in Galway, Ireland, is the first non-invasive transcutaneous electrical stimulation continence device to be cleared by the FDA in the U.S. The product has been available in Europe for several  years.

The non-invasive INNOVO® shorts send targeted impulses to integrated conductive panels to safely and effectively activate the muscles of the pelvic floor via patented technology. The shorts can be used in the privacy and comfort of home to enhance coordination and strength of the pelvic floor muscles. The device is controlled by handheld device that attaches to the garment.

Maher says it can be difficult to teach women how to do pelvic floor exercises correctly, because the muscles don’t move a joint, but instead aid in controlling pressure in the lumbopelvic region and of course in bowel and bladder function. Consequently, clinicians can have trouble determining if a patient is using the right muscles unless they perform a digital pelvic floor exam or use some type of imaging

Maher, in her research and teaching, uses ultrasound imaging and noticed when many women said they were doing pelvic floor exercises also known as Kegels, they were actually doing inappropriate contractions using muscle groups other than the pelvic floor groups. She notes about 40 percent of women are unable to voluntarily contract the pelvic floor muscles.

More information about the US product is available here. 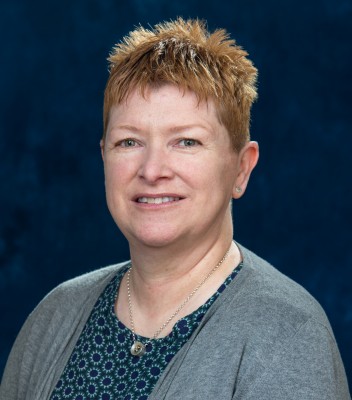 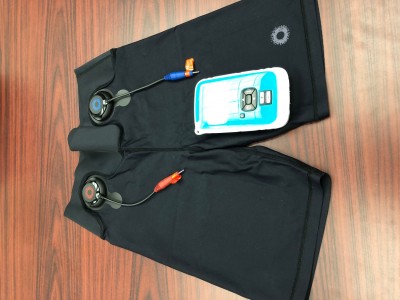 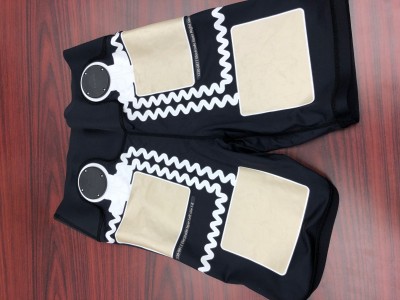 Caption: INNOVO shorts inside with electrodes in tan sections