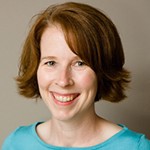 Newswise — An estimated 55 million to 105 million people in the United States suffer from foodborne illnesses each year, according to the Centers for Disease Control and Prevention (CDC), resulting in costs of $2-$4 billion annually.

What if Twitter could be used to track those cases and more quickly identify the source of the problem?

A new analysis by a researcher at Washington University in St. Louis’ Brown School and colleagues shows that new technology might better allow health departments to engage with the public to improve foodborne illness surveillance.

The results are published in the Aug. 15 issue of Morbidity and Mortality Weekly Report from the CDC.

“Collaboration between public health professionals and the public via social media might improve foodborne illness surveillance and response,” Harris said.

“There isn’t a lot of research yet, but my guess is that Chicago is not unique when it comes to its citizens tweeting about health,” she said. “I’m sure there are people tweeting about food poisoning in large cities and small towns across the country and around the world.”

What do we know about foodborne illness?

What are this study’s important findings?

Staff used a new open-source surveillance and response tool to identify and respond to tweets about foodborne illness in Chicago. Over a 10-month period, the tool identified 133 Chicago-area restaurants, which subsequently underwent inspection. Of these, 21 (15.8 percent) failed inspection, and 33 (24.8 percent) passed with conditions.

What is the advantage for local health departments of using Twitter to find cases of foodborne illness more quickly?

Whenever food poisoning can be reported and investigated quickly, it provides health departments an opportunity to prevent additional foodborne illnesses. Surveillance via Twitter is a great way to do this because people tend to use it in real time.

What are the implications of this study for public health practice?