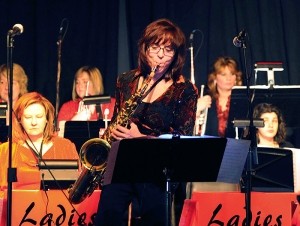 Newswise — Most classical music lovers are quite familiar with Felix Mendelssohn, the German composer, pianist, and conductor whose work graced the early Romantic period. But recollections of his older sister, Fanny, are far lesser known.

However, Fanny Mendelssohn Hensel was a prolific musician in her own right. She wrote approximately 500 compositions, including piano pieces, chamber music, cantatas, and oratorios. Despite displaying talent early in life, she was not encouraged to pursue music as a profession. According to the Fanny Hensel website, she was limited by the prevailing era’s attitudes toward women, which her father apparently shared. He wrote to her in 1820: “Music will perhaps become his (Felix’s) profession, while for you it can and must be only an ornament.”

“The intention is to highlight different musicians, instruments, and types of music each year,” Boyce said. “This year, the two areas are women in music and the enormous body of string repertoire in another mini-series, 'Celebrate Strings.' It’s our goal to celebrate different aspects of rich and varied music repertoire and recognize the contributions of various groups to the ongoing evolution of our art form.”

For Women in Music, concerts sprinkled throughout the academic year will feature female faculty and guest musicians, who also will offer master classes to students. The series began October 14 with a faculty recital by flutist Nicole McPherson and will culminate with the Buffalo State Philharmonia and Choirs performance of Fanny Mendelssohn’s music, along with works of other female composers, on May 2.

“We’re offering a full program of masterpieces by women composers, each in their Western New York premiere performance,” said Philharmonia director Daniel Bassin. “We open the program with Joan Tower’s 1992 orchestral work, ‘For the Uncommon Woman,’ followed by Fanny Mendelssohn Hensel’s 1831 cantata on the biblical character, Job, or ‘Hiob’ in German. It’s a three-movement work for orchestra, choir, and soloists. And we’re playing the ‘Third Symphony of 1940,’ the work of Florence Price, the first major African American female symphonic composer.”

Buffalo State lecturer Carole Harris’ leadership in the biennial WNY Women in the Arts Festival provided impetus for the female-themed series. Harris said she has organized five of these month-long festivals since 2008 as a way to honor women in music, visual arts, film, theater, and dance.

“I figured why not put the same kind of emphasis in the concerts we offer the community,” Boyce said. “For instance, jazz is an art form that is uniquely American, and we continue to see a growing number of women interested in making their mark in this area. Ladies First Big Band (pictured), which we are featuring in March, is an accomplished Buffalo-based jazz ensemble that promotes the tremendous talent and creativity found locally. And we’re excited to bring in Mari Kimura, a violinist-composer active in the field of interactive computer music. At a time when we’re attempting to grow our digital music program and attract more female students to the discipline, presenting a woman who has established herself as a pioneer in the field should be inspirational for everyone.”

Tickets for each performance are $10 except for the Guitar Festival and Competition, which is free. Students with ID are admitted for free to all performances. For more information or to purchase tickets, call (716) 878-3005 or visit music.buffalo.edu.