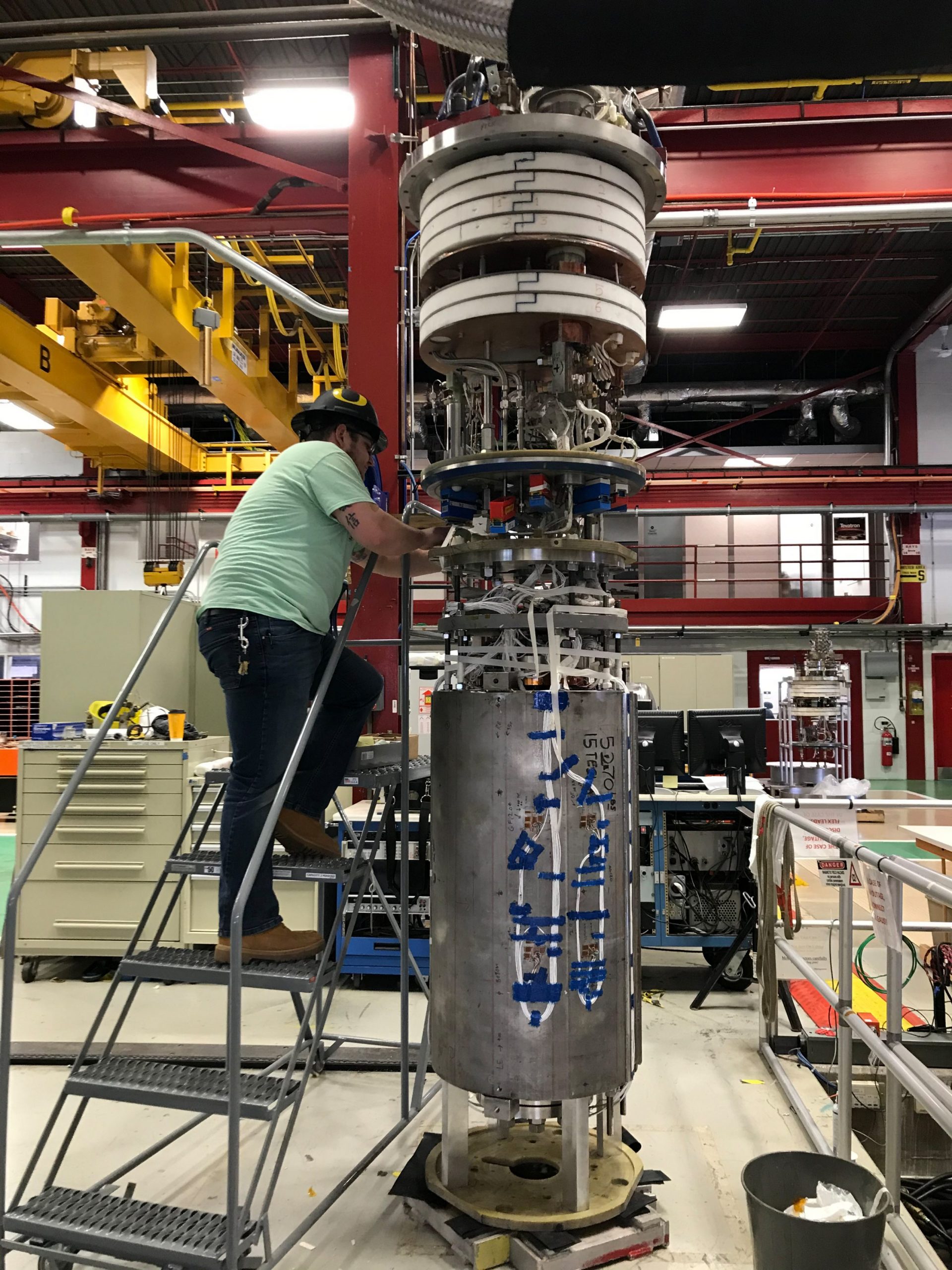 A member of the Fermilab magnet team prepares the demonstrator accelerator magnet for testing in March 2020. These tests are an important step toward meeting the requirements of the future hadron collider that is under discussion in the particle physics community.

Newswise — The Fermilab magnet team has done it again. After setting a world record for an accelerator magnet in 2019, they have broken it a year later.

In a June 2020 test, a demonstrator magnet designed and built by the magnet team at the Department of Energy’s Fermilab achieved a 14.5-tesla field strength for an accelerator steering dipole magnet, surpassing their previous record of 14.1 T.

This test is an important step toward meeting the demanding magnet requirements of the future hadron collider that is under discussion in the particle physics community. If built, such a collider would be four times larger and almost eight times more powerful than the 17-mile-circumference Large Hadron Collider at the European laboratory CERN, which operates at a steering field of 7.8 T. Current future-collider designs peg the minimum field strength for a steering magnet — the magnet responsible for bending particle beams around a curve — between 14 and 16 T.

“Our next goal is to break the ’15-tesla wall’ and advance the maximum field in accelerator steering magnets to 17 T and even above, significantly improve magnet quench performance and optimize cost,” said Fermilab scientist Alexander Zlobin, who leads the magnet project. “Reaching these goals will provide strong foundation for the future high-energy colliders.”

Research on accelerator magnets is supported by the Department of Energy Office of Science.

Fermilab is supported by the Office of Science of the U.S. Department of Energy. The Office of Science is the single largest supporter of basic research in the physical sciences in the United States and is working to address some of the most pressing challenges of our time. For more information, please visit energy.gov/science.