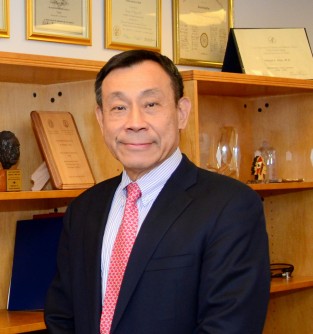 BOSTON – (September 20, 2017) – In type 2 diabetes, chronic inflammation drives cardiovascular disease, the leading cause of death among people with the condition. Researchers at Joslin Diabetes Center now have identified an unexpected natural protective factor that works against this inflammation.

Scientists have long known that in diabetes, high levels of glucose and lipids (cholesterol and triglycerides) trigger white blood cell called monocytes to move into artery walls and evolve into other cells known as macrophages. These cells engulf lipids but then end up stuck on the artery walls, eventually producing atherosclerosis (a narrowing and thickening of the walls).

During this process, the high levels of glucose and lipids also activate multiple forms of a molecule called protein kinase C (PKC), which help these unhelpful macrophages to activate, survive and multiply, thus boosting inflammation.

In experiments with a mouse model of type 2 diabetes, however, the Joslin investigators showed that one form of the PKC molecule called PKC-delta actually defends against this inflammation process, by suppressing the population of macrophages gone wrong.

“The complete surprise to us was that although most forms of PKC make inflammation worse, PKC-delta happens to be the opposite, a natural protective mechanism,” says George King, M.D., Joslin Chief Scientific Officer and corresponding author on a paper describing the work published in the journal Circulation Research.

Follow-up work in cell cultures by King’s lab showed that this defensive role for PKC-delta is triggered by high levels of lipids rather than glucose. That finding suggests that the molecule also may help to prevent inflammation in related metabolic conditions such as obesity and metabolic syndrome.

Additionally, the scientists discovered a mechanism by which PKC-delta inhibits a biological pathway that protects cells from dying.

This early study in animal models suggests that it may eventually be possible to reduce inflammation by activating PKC-delta in human monocytes, says King, who is also a professor of medicine at Harvard Medical School.

However, he points out that activating this molecule will create different effects in different parts of the body.

Work published last year by his lab, for example, suggested the possibility of treating slow-healing wounds by a cell-therapy approach that suppresses PKC-delta production in connective-tissue cells. Other research in the lab of Joslin’s C. Ronald Kahn, M.D., showed that inhibiting PKC-delta in the liver might aid in overcoming insulin resistance, a key contributor to type 2 diabetes and metabolic syndrome.

These varied roles for PKC-delta indicate that for any potential future therapies, “we need to target treatment to specific tissues,” he emphasizes.

Joslin Diabetes Center is world-renowned for its deep expertise in diabetes treatment and research. Joslin is dedicated to finding a cure for diabetes and ensuring that people with diabetes live long, healthy lives.  We develop and disseminate innovative patient therapies and scientific discoveries throughout the world. Joslin is an independent, non-profit institution affiliated with Harvard Medical School, and one of only 11 NIH-designated Diabetes Research Centers in the U.S.