Finding renewal in the aftermath of floods 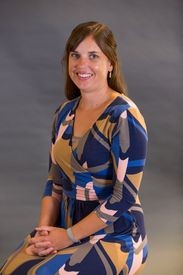 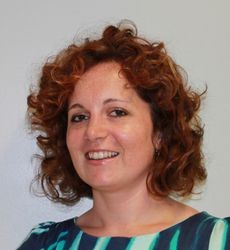 A home being rebuilt by faith-based organization Samaritan’s Purse in White Sulphur Springs, West Vrirginia, in May 2017.

Newswise — Four years after the disastrous flooding in southern West Virginia, new research from West Virginia University’s Department of Geology and Geography highlights the role faith-based groups and other community organizations have played in the relief and recovery efforts.

In summer 2017, Assistant Professors of Geography Jamie Shinn and Martina Angela Caretta in the Eberly College of Arts and Sciences interviewed 21 Greenbrier County residents and members of relief organizations to understand the lasting effects of flooding in their communities.

“Once we spent some time talking to people and seeing firsthand the devastating impacts the floods had there, we were motivated to understand the social impacts more deeply,” Shinn said. “In particular, we wanted to understand how the recovery efforts following the floods created a new sense of hope among residents that they could rebuild their towns into something better than they had been before the floods. Instead of the story being one of recovery, it became one of revitalization.”

They found that while the damaged communities were highly vulnerable due to decades of socioeconomic decline, they were also resilient in the face of disaster.

“That resilience comes from existing social capital, which we define as the community’s ability to draw on connections with each other and relevant organizations to act collectively to respond to the disaster,” Shinn said. “This social capital exists as a result of strong relationships with other community members and with the places in which they live. When this was combined with the efforts of faith-based organizations and other volunteer groups, we found that rebuilding and recovery efforts went beyond what communities could have done with state and federal assistance alone.”

In particular, faith-based organizations stepped in when government resources were delayed or unavailable. They offered a range of resources, from construction and repairs to emotional support.

“The faith-based organizations rebuilt or did significant repairs on hundreds of homes for people whose houses were flooded. In many cases, people reported that these homes were nicer than the ones destroyed. But this impact went beyond providing a roof over a family’s head,” Shinn said. “One of the most powerful experiences I had during the research was when I attended a house dedication for a home built by the Mennonite Disaster Service for a couple whose home had been destroyed. The new home was packed full of neighbors and volunteers, and people shared prayers and stories of gratitude together for an hour. It was incredibly moving to see how the faith-based organizations helped to bring the community together to help this couple – and it’s only one of many examples of how this happened.”

While most flooding research to date focuses on the economic and environmental characteristics of flooding, Shinn and Caretta sought to highlight the social effects through this project.

“The biophysical and technical aspects of floods are important, and we have to understand them to better prepare for future floods. But without also understanding the social impacts, you miss an important part of the story,” Shinn said. “If we don’t understand the impacts on people’s lives and on whole communities, we won’t be able to really help people prepare for and respond to future flooding events. It’s not just about economic and physical losses. It’s about the emotional toll these events take and about the strength and resilience it takes to recover.”

Prior to this work in southern West Virginia, Shinn’s research focused on flooding and related social vulnerabilities in Botswana. She and Caretta, an expert on water issues in Appalachia, teamed up shortly after they both arrived at WVU in summer 2016.

“When we did our interviews in Greenbrier County, I was really struck by how many similarities I was seeing between people’s experiences with flooding in West Virginia and those that I have studied in southern Africa,” Shinn said. “While they are obviously completely different contexts, I was surprised by how the intersections of social vulnerabilities and extreme flooding created some similar dynamics.”

Shinn and Caretta hope this research and the stories it highlights can be used to inform preparations for future natural disasters.

"Our research offers a clearer understanding of the relationships between the different responders, such as volunteers, faith-based organizations and state and federal organizations. This can help people know what resources are available and what groups should be responsible for what efforts as they think about how to coordinate responses to future events,” Shinn said. “We think stories like these can be a critical aspect of helping to build a more resilient and more hopeful Appalachian future.”

Their research will be published in the fall 2020 edition of Southeastern Geographer.

Caption: A home being rebuilt by faith-based organization Samaritan’s Purse in White Sulphur Springs, West Vrirginia, in May 2017.