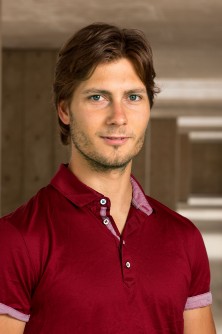 Newswise — LA JOLLA-The Salk has launched a new initiative called the Salk Fellows Program. The program brings scientists from broad disciplines to the Institute to trigger innovation and perpetuate the collaborative spirit of the Salk. "Interdisciplinary interactions among the Fellows and faculty will continue to add to our environment of excellence and create future intellectual leaders in the biological sciences," says Salk professor Inder Verma, who is, along with professors Fred H. Gage and Ronald M. Evans, currently leading this program. Most fellows will come directly from a PhD or MD program and have expertise in a wide range of innovative technologies. Their work will have a combination of novelty, originality and risk, factors that often lower the chances of obtaining support through traditional channels. Salk Fellows will be independent group leaders and will be appointed for an initial period of three years, which may be followed by a two-year extension. Salk's first Fellow in this new program, Dmitry Lyumkis, joined the Salk on July 1 from The Scripps Research Institute and has made groundbreaking innovations in biological imaging. He uses single-particle cryo-electron microscopy-a cutting-edge technology that enables the visualization of large proteins and protein complexes under near-native conditions-to build three-dimensional models of the imaged objects. The resulting 3D models, which can now be resolved at near-atomic resolution with select specimens, facilitate a better understanding of protein function and sometimes reveal long sought-after clues in structural biology. This technique offers multiple advantages over x-ray crystallography, which has been the principal technique for studying protein structure, says Lyumkis. In particular, cryo-electron microscopy is not dependent upon crystallization, requires less sample material to image, and can resolve structures in heterogeneous samples. Last year, the technology unlocked a major clue to an elusive protein on the AIDS virus, helping to pave the way for a potential HIV vaccine. "At the Salk, I plan to bring this technology to address interesting biological problems related to cancer and HIV," says Lyumkis. "I am excited to push this technology further in order to address questions that have fundamental relevance in human disease." About the Salk Institute for Biological Studies:The Salk Institute for Biological Studies is one of the world's preeminent basic research institutions, where internationally renowned faculty probes fundamental life science questions in a unique, collaborative and creative environment. Focused both on discovery and on mentoring future generations of researchers, Salk scientists make groundbreaking contributions to our understanding of cancer, aging, Alzheimer's, diabetes and infectious diseases by studying neuroscience, genetics, cell and plant biology, and related disciplines. Faculty achievements have been recognized with numerous honors, including Nobel Prizes and memberships in the National Academy of Sciences. Founded in 1960 by polio vaccine pioneer Jonas Salk, MD, the Institute is an independent nonprofit organization and architectural landmark.