"Schools should be healthy places where kids are not bombarded with ads for junk foods." 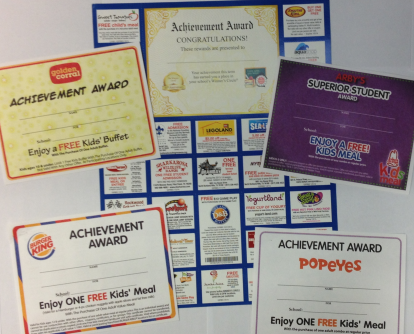 Rewarding students with coupons for fast food is a norm at many schools.

The new rules prohibit advertisements for unhealthy foods on school campuses. Also included are bans on sugary drinks ads, the bulk of what is marketed to students.

Advertising will be allowed to phase out, so scoreboards and billboards on campuses will not have to be replaced overnight.

Obama said that schools should be healthy places where kids are not bombarded with ads for junk foods. She said that despite seeing many ads for unhealthy foods, kids see only one advertisement per week for healthy foods and beverages.

Advertising will be limited for products that aren’t allowed to be sold in schools, under the USDA Smart Snacks in School Guidelines that were announced in June. These apply to snacks and drinks served in school buildings, including vending machines, school stores, snack carts and a la carte items.

“If you can’t sell it, you ought not to be able to market it,” Vilsack said.

The White House and the Department of Agriculture also announced a plan to expand the federally funded free breakfast and lunch program, which could help ensure that 9 million kids in 22,000 schools will be served breakfast.

“Too many are hungry and too many are obese or at risk of being obese,” Vilsack said.

Millions of children in the country are showing up to school hungry every day. Some don’t eat free breakfast at school because there’s a social stigma with participating in it, Obama said. Expanding the program will allow schools with a high percentage of students qualifying for free breakfast and lunch to provide the meals free to all their students.