10-Jan-2012 11:40 AM EST, by University of Massachusetts Amherst
favorite_border 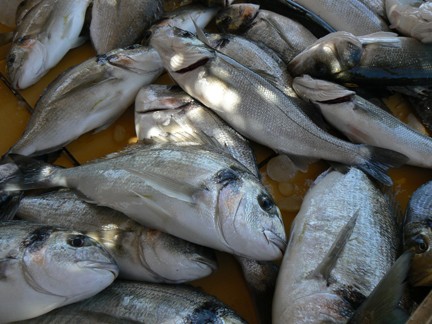 Sea Bream, a marine fish species popular with diners along the Mediterranean coast. 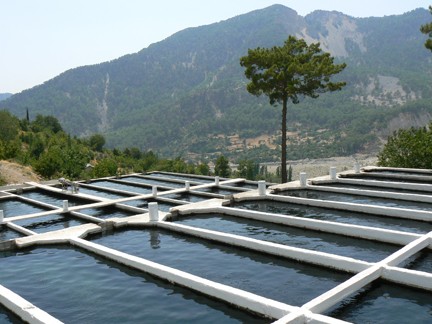 The “Fish Meat” crew found a rainbow trout farm in the mountains of Turkey that impressed them with some of its environmentally sound and sustainable practices.

Newswise — AMHERST, Mass. – A new documentary, “Fish Meat: Choose Your Farm Wisely,” by eco-filmmaker Ted Caplow and featuring University of Massachusetts Amherst fish ecologist Andy Danylchuk, debuts this week at the Idyllwild International Festival of Cinema near Palm Springs, Calif. It exposes some pitfalls of modern aquaculture and the plight of the world’s wild fish stocks, to help consumers think more holistically about where their seafood comes from.

Half of the seafood on the market today comes from fish farms, which range from huge industrial operations to small family-run concerns, says Danylchuk. Media messages about the environmental sustainability of various aquaculture practices are inconsistent and often not helpful.

In “Fish Meat,” he and his friend Caplow, an environmental engineer and producer at Fish Navy Films of Coconut Grove, Fla., tell the story of how they sailed to Turkey’s ancient seas to explore successful modern fish farming on a local scale. They examine existing models of large- vs. small-scale aquaculture and go on a quest to ask, “What does sustainable aquaculture look like?”

“Fish are an important protein and vitamin source, and our government is encouraging everyone to eat more, but wild fish stocks can’t support our demand,” says Danylchuk. “We’ve underestimated our impact in salt- and freshwater systems not just from fishing but from industry and habitat degradation.”

“Our film gives consumers a place to start when deciding whether to eat wild fish,” he adds. “We hope viewers also become more aware that all fish are not created equal. Some of the species we like best, such as salmon and tuna, don’t do a very good job of converting the food they eat into fish meat for us. They require more fish protein in their diet than they supply to us, which is not only inefficient but is rapidly depleting the world’s wild fish stocks.”

“Fish Meat” doesn’t spoon-feed viewers the solutions, Danylchuk says, “but we try to lead people to ask the right questions. I don’t want to give away the punch line, but globalized fish farming may not be the best way to go. The rule of thumb for buying and eating locally, within 100 miles of home, applies not only to fruits and vegetables but to seafood for all the same reasons: Lower transportation costs, more local jobs, less energy in production, less industrial equipment and lower capital needed.”

The 30-minute documentary’s voyage begins at a bluefin tuna “ranch.” Danylchuk and Caplow swim with the giant, fast-moving fish, some weighing as much as 1,300 lbs. (600 kg), before watching them get rounded up for harvest. These giant predators, in danger of extinction, are among the most coveted fish on the international market, they note.

The trip continues along Turkey’s sparkling coast, where fish are raised in hatcheries before being grown to maturity in pens at sea. “Fish Meat” explores operations from the coast to remote mountaintops, surveying techniques common throughout the world. Local fishermen describe the rapid depletion of wild fish stocks they have witnessed.

High in the mountains, Danylchuk and Caplow at last discover an innovative local family-run trout farm, its terraced design efficiently sharing a mountain stream that doesn’t damage the environment. The scientists complete their journey at a carp farm where simple methods are used to raise a fish that is low on the food chain and delicious.

“We hope that after viewing the film, a consumer at the fish counter will make a more informed decision on what to buy, based on the environmental impact of fish species,” Danylchuk says. “To the fish connoisseur, tilapia is not often the fish of choice. However, eating fish like tilapia makes sense because they are more efficient at converting their food into fish meat. Essentially, we should be eating lower on the food chain to help the environment.”

The producers say “Fish Meat” will soon be available for academic purchase and they hope it will also be picked up by a national media or cable network for presentation to general audiences. 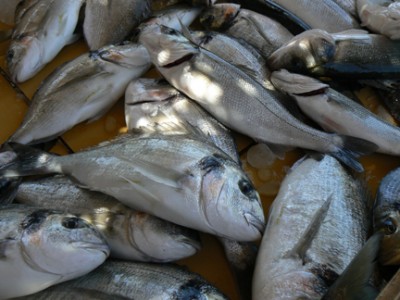 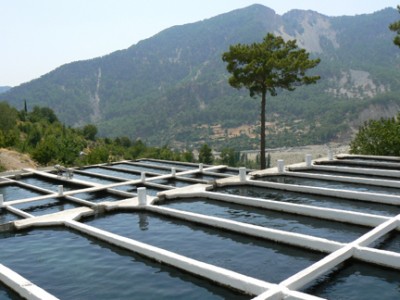 Caption: The “Fish Meat” crew found a rainbow trout farm in the mountains of Turkey that impressed them with some of its environmentally sound and sustainable practices.