Five common thinking traps and how to avoid them 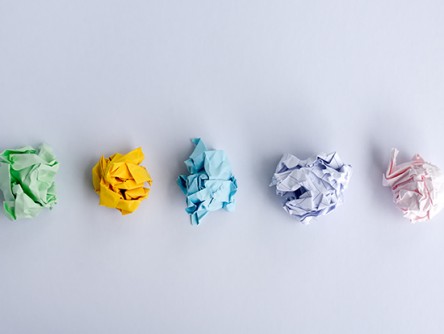 Newswise — Have you ever fallen into a thinking trap?

“I already messed up my plan by eating a piece of cake, so I might as well start my diet over again on Monday!”

“I have a really bad headache. Could this be a brain tumor?!”

“My co-worker never says hello when I pass her in the hallway. She must hate me!”

These thoughts are good examples of cognitive distortions — also known as “thinking traps.” They can be easy to fall into and may not be rational. But irrational or not, thoughts affect how a person feels and how they ultimately behave, one expert says.

“There is a tendency to believe that thoughts are completely rational and true in the moment — when in reality, they are just thoughts,” said Megan Hays, Ph.D., clinical psychologist and assistant professor in the University of Alabama at Birmingham’s Department of Physical Medicine and Rehabilitation.

Hays says cognitive behavioral therapy, first introduced by psychologist Aaron Beck in the 1960s, is a type of psychotherapy that proposes a person’s mood and feelings are impacted by their thoughts and behaviors. One of the strategies of CBT is to identify and overcome cognitive distortions and replace them with new, more helpful thoughts.

Hays presents five thinking traps, which she identifies as common negative cognitive distortions, and offers examples of how to use CBT to avoid these traps.

“This thinking style is often termed as black-and-white thinking and is one of the most common traps,” Hays said. “It involves thinking in extremes, such as saying to yourself ‘The presentation was either a total success or a complete failure’ or ‘I am either great at my job or I am horrible.’”

Hays says the antidote to this thinking trap is to be more flexible in the interpretation of the situation.

This thinking trap involves focusing on the worst possible outcome of a situation, and not on the most likely or probable outcome. The solution for catastrophizing is simple: De-catastrophizing.

“Once the worst-case scenario has been assessed, ask what the realistic odds are that the worst fear will come true,” Hays said. “Then, look at other possible outcomes, and consider how to cope, even if the worst happened.”

This thinking trap involves seeing feelings or emotions as the truth, regardless of the objective evidence. Just because one feels useless does not mean they are.

How to break free of emotional reasoning? “Remember that feelings are not facts, and tap into logical reasoning skills by examining the objective evidence for and against the automatic negative thoughts,” Hays said.

“Mind reading is assuming that someone is thinking something negative, without having any definitive evidence,” Hays said. “This can often lead to a self-fulfilling prophecy, when the other person picks up on your odd behavior.”

Realize that no one can read minds and one can never really know what others are thinking unless they say it.

When encountering difficult situations, it is easy to fall victim to overgeneralizing when it is assumed that it is going to happen again every time, or that a single negative event is part of a series of unending negative events.

“If you find yourself thinking ‘Why does this always happen to me?’ or ‘How typical — I’m just an unlucky person,’ you may be caught up in the thinking trap of overgeneralization,” Hays said.

“Overcome this trap by removing terms such as “always,” “never,” “everybody” and “nobody,” and look for any exceptions to the statement.

Hays says the bottom line is, by using cognitive behavioral therapy, one can transform their thoughts, and potentially change how they feel and how they ultimately behave, for the better.