Five Companies Control More Than Half of Academic Publishing

At great expense to scientists across all fields, Reed-Elsevier, Springer, Wiley-Blackwell, Taylor & Francis, and Sage now publish more than 50% of academic articles. 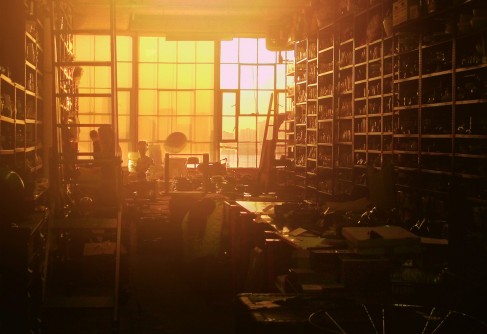 At great expense to scientists across all fields, Reed-Elsevier, Springer, Wiley-Blackwell, Taylor & Francis, and Sage now publish more than 50% of academic articles, say researchers at the University of Montreal.

Newswise — A study at the University of Montreal shows that the market share of the five largest research publishing houses reached 50% in 2006, rising, thanks to mergers and acquisitions, from 30% in 1996 and only 20% in 1973. "Overall, the major publishers control more than half of the market of scientific papers both in the natural and medical sciences and in the social sciences and humanities," said Professor Vincent Larivière of the School of Library and Information Science, who led the study. "Furthermore, these large commercial publishers have huge sales, with profit margins of nearly 40%. While it is true that publishers have historically played a vital role in the dissemination of scientific knowledge in the print era, it is questionable whether they are still necessary in today's digital era."

Professor Larivière and his colleagues obtained their results by analyzing all scientific articles indexed in the Web of Science database and published between 1973 and 2013. Then, to trace the evolution of journal ownership in the complex and dynamic market of academic publishing, the researchers reviewed the history of mergers and acquisitions and the publishers' online press releases as well as their profiles. "Looking more closely at the various research disciplines, we noted that some disciplines have escaped the control of the major publishers," said Larivière. “This is the case of biomedical research, physics, and the arts and humanities. In the case of the arts and humanities, this is explained by the greater number of local books and journals that disseminate research and have transitioned more slowly to digital format. Conversely, more than two thirds of journals in chemistry, psychology, social sciences, and the professional fields are published by one of the major publishers." Several factors help to explain the incredible profitability of this industry. In particular, the publishers do not have to pay for the articles or their quality control, which are freely provided by the scientific community. Furthermore, the publishers have a monopoly on the content of journals, which, in digital format, can be published as a single copy whose access is then sold to multiple buyers.

The scientific community has begun to protest against the aggressive commercial practices of the major publishers, said Larivière, citing the example of the "Cost of Knowledge" campaign, which encourages researchers to stop participating as authors, editors, and reviewers of Elsevier journals. In addition, universities have stopped negotiating with the major publishers and have threatened to boycott them, while some have simply cancelled their subscriptions to these journals. The extent of the movement is limited, however, because journals are still a source of scientific capital for researchers. "As long as publishing in high impact factor journals is a requirement for researchers to obtain positions, research funding, and recognition from peers, the major commercial publishers will maintain their hold on the academic publishing system," Larivière said.

Indeed, large publishers have the infrastructure and resources needed to publish and disseminate scientific journals. "One would expect that a major publisher acquiring a journal would have the effect of increasing the latter's visibility. However, our study shows that there is no clear increase in terms of citations after switching from a small to large publisher," Larivière exclaimed. "Our findings question the real added value of big publishers. Ultimately, the question is whether the services provided to the scientific community by these publishers warrant the growing share of university budgets allocated to them." About the study:Vincent Larivière, Stefanie Haustein, and Philippe Mongeon published "The oligopoly of academic publishers in the digital era" in PLOS ONE on June 10, 2015. The study was funded by the Canada Research Chairs. Vincent Larivière holds the Canada Research Chair on the Transformation of Scholarly Communication. The University of Montreal is officially known as Université de Montréal.