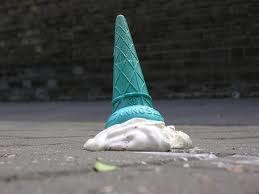 Newswise — The hot dog that rolls off the plate, the baby’s cookie that falls on the floor, the candy bar that slides across the table – conventional wisdom has that you have five seconds to pick it up before it is contaminated.

“A dropped item is immediately contaminated and can’t really be sanitized,” says Jorge Parada, MD, MPH, FACP, FIDSA, medical director of the infection prevention and control program at Loyola University Health System. “When it comes to folklore, the ‘five-second rule’ should be replaced with ‘when in doubt, throw it out’.”

All items that come into contact with a surface pick up bacteria (and dirt!). How much bacteria and what kind of microbes depends on the object dropped and the surface it is dropped upon, he says.

“If you rinse off a dropped hot dog you will will probably greatly reduce the amount of contamination, but there will still be some amount of unwanted and potentially nonbeneficial bacteria on that hot dog,” said Parada, who admits to employing the five-second ruleon occasion. “Maybe the dropped item only picks up 1,000 bacteria, but typically the innoculum, or amount of bacteria that is needed for most people to actually get infected, is 10,000 bacteria – well, then the odds are that no harm will occur. But what if you have a more sensitive system, or you pick up a bacteria with a lower infectious dose? Then, you are rolling the dice with your health or that of your loved one.”

And using your own mouth to “clean off” a dropped baby pacifier?

“That is double-dipping – you are exposing yourself to bacteria and you are adding your own bacteria to that which contaminated the dropped item. No one is spared anything with this move,” said Parada.

Parada likens the scenario of dealing with exposure to bacteria to that of being burned, with temperature and time being analogous to type and amount of bacteria. “The hotter the surface the easier and worse you will be burned – like the more virolent, or harmful, the bacteria the easier and sicker you may get. One only has to touch a white hot surface momentarily to get burned and sometimes it doesn’t take a lot of bad bugs for you to get sick. On the other hand, if hold your hand to a less hot surface, but do so for a longer period, the more you will be injured, too. ”

Parada says there are degrees of risk of contamination. “So, a potato chip dropped for a second on a rather clean table will both have little time to be contaminated and is likely to only pick a miniscule amount of microbes – definitely a low risk,” he says. On the other hand, food which lands on a potentially more contaminated spot – such as the floor – and stays there for a minute is going to pick up more bacteria and pose a greater risk.

“In the same time period, a rock candy is less likely to pick up contamination than a slice of cheese. As an extreme example, whether it’s a rock candy or a slice of cheese, I dion’t think anyone would invoke the five-second rule if it fell in the toilet,” said the professor at Loyola’s Stritch School of Medicine. “At the end of the day, this is a polite social fiction we employee to allow us to eat lightly contaminated foods,” Parada said.

And that old saw about building up a healthy immune system through exposure?

“There actually is certain research that supports the importance of being exposed to bacteria at critical times in a child’s development,” said Parada. “But I believe this development applies to exposures of everyday living. I do not advocate deliberately exposuring ourselves to known contaminants. That would probably be a misplaced approach to building up our defenses. If you want to be proactive in building up your defenses, eat right, exercise, and adequate sleep – and remember to get your vaccines.”