People along the coast are gathering for a three-city regional forum Thursday. Participants will discuss the spill’s effects on their communities, its lasting impacts and how to prepare for another major disaster. 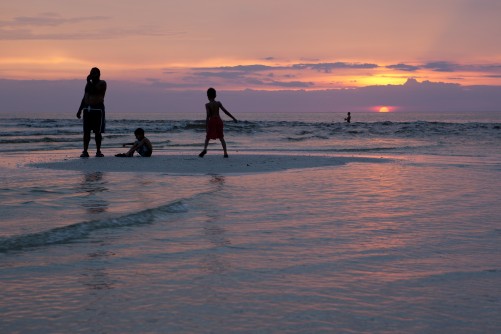 Newswise — GAINESVILLE, Fla. --- Five years after the explosion of the Deepwater Horizon oil rig killed 11 men and sent at least 210 million gallons of oil spewing into the Gulf of Mexico, people along the coast are gathering for a three-city regional forum Thursday. Participants will discuss the spill’s effects on their communities, its lasting impacts and how to prepare for another major disaster.

The regional forum will include the release of results from a University of Florida Institute of Food and Agricultural Sciences survey of Gulf Coast residents from Baldwin County, Ala., to Cedar Key, Fla. The survey looked at coastal residents’ opinions of the status of their recovery five years after the DWH disaster.

“I was particularly struck with respondents’ levels of satisfaction with their community’s economy,” said Tracy Irani, a professor and chair of the Family, Youth, and Community Sciences department. “More than 34 percent of residents said they were dissatisfied or very dissatisfied with their community’s economy after the DWH oil spill, while only 15.6 percent felt that way before the oil spill.”

The telephone survey was done in January, 2015. The target population included adult residents, age 18 or older, in all zip codes along the Gulf Coast from Baldwin County, Ala., to Levy County, Fla. A total of 448 Gulf Coast residents participated in the survey. To ensure the respondents were representative of the Florida and southern Alabama population according to the 2010 U.S. Census, the data were weighted, a common practice used in public opinion research with non-probability samples to make population estimates.

A link to the full study can be found here: http://healthygulfcoast.org/

Link here to a video regarding the survey: https://www.youtube.com/watch?v=u2vlS1TjFf8&feature=youtu.be

Brunie Emmanuel -- 850-261-1251 or [email protected]. When the oil spill began, Emmanuel was employed as the head of a non-profit agency serving the homeless in Escambia and Santa Rosa counties. His activities during the oil spill were numerous. Example: While managing $9 million in oil-spill relief grants, Emmanuel became a board member for Healthy Gulf, Healthy Communities, a five-year funded project based at UF/IFAS assessing and addressing community needs in areas affected by the oil spill. Emmanuel worked with UF/IFAS faculty members Tracy Irani (see below) and Angie Lindsey (see below) to provide information about homeless residents of Escambia and Santa Rosa counties and how the oil spill impacted them.

Tracy Irani – 352-273-3446 or [email protected] When the oil spill began, Irani was employed as a professor in the UF/IFAS Department of Agricultural Education and Communication. Shortly after the disaster began, Irani became involved in Healthy Gulf Healthy Communities, a five-year, NIH funded grant project that involves UF and several other universities, and encompasses community outreach, seafood safety assurance, and research on the environmental, economic and human health impacts of the Gulf oil spill in Eastern Gulf Coast communities.

Angie Lindsey – 904-509-3518 or [email protected]. When the oil spill began, Lindsey was a UF/IFAS doctoral student in the Department of Agricultural Education and Communication. She worked extensively with Tracy Irani (see above) on the Healthy Gulf Healthy Communities project.

Thomas Ruppert – 352-213-6777 or [email protected]. When the oil spill began, Ruppert had just been hired as a coastal planning specialist for Florida Sea Grant, based at the main UF campus in Gainesville. An attorney, Ruppert worked with several Sea Grant colleagues to provide Gulf Coast residents with accurate information regarding the process for filing legal claims for damages related to the oil spill.

Carrie Stevenson – 850-475-5230 or [email protected]. When the oil spill began, Stevenson was employed as an Extension agent in Escambia County. Her activities during the oil spill were numerous. Two examples: She helped organize a public forum, “Science of the Spill,” to provide residents with accurate science-based information about the oil spill and its possible consequences; and she worked a telephone hotline at the Escambia County emergency operations center, taking calls on a vast range of topics related to the oil spill.

Chris Verlinde – 850-623-3868 or [email protected]. When the oil spill began, Verlinde was employed as a Florida Sea Grant Extension agent in Santa Rosa County. Her activities during the oil spill were numerous. Example: Verlinde worked with Daniel Hahn (see above) to establish an information station on Navarre Beach, providing accurate information on the oil spill, current water conditions, wildlife and more.