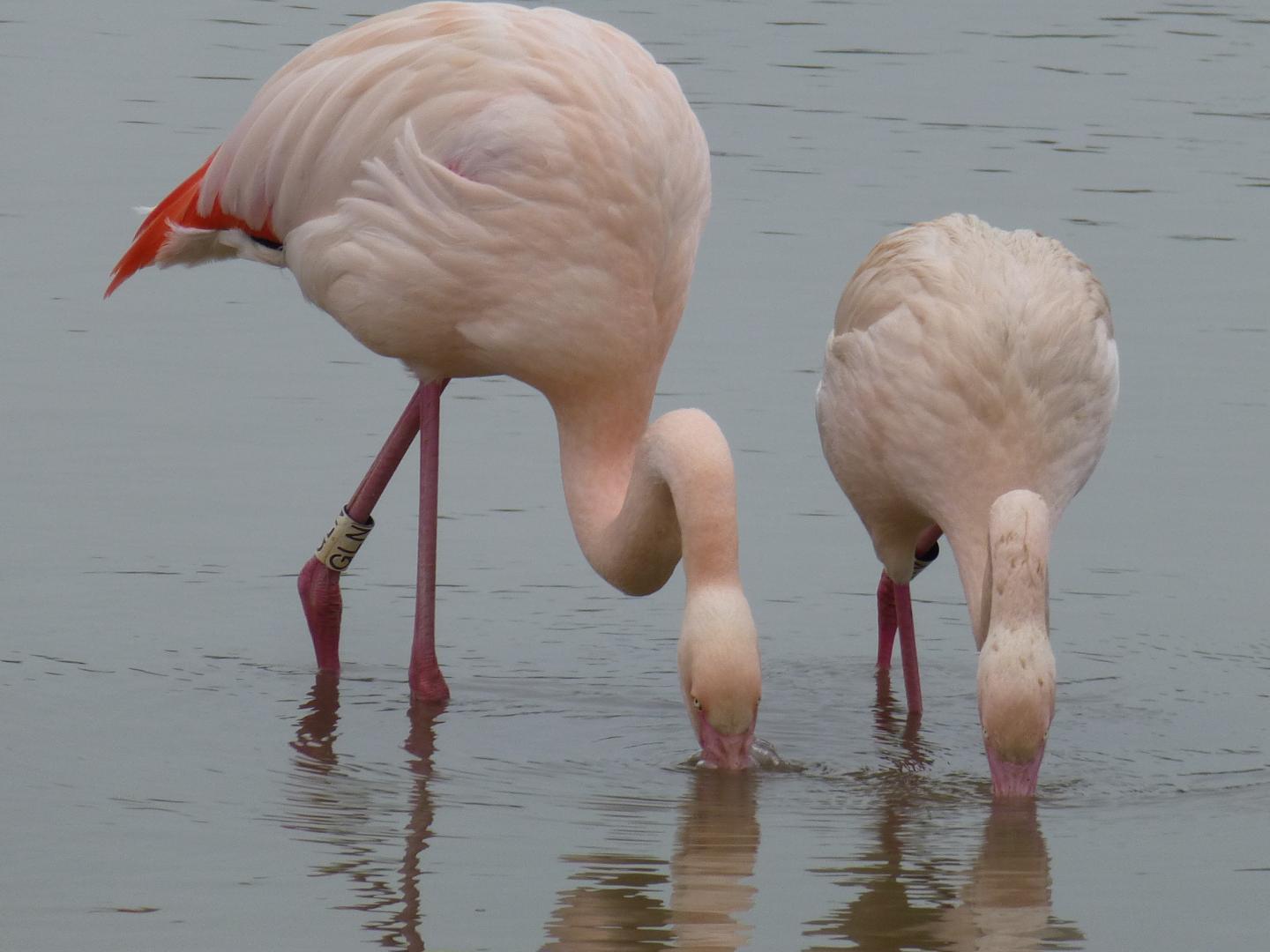 The five-year study reveals that, despite being highly social as part of large flocks, flamingos consistently spend time with specific close "friends".

They also avoid certain individuals, suggesting some flamingos just don't get on.

"Our results indicate that flamingo societies are complex. They are formed of long-standing friendships rather than loose, random connections," said Dr Paul Rose, of the University of Exeter.

"Flamingos don't simply find a mate and spend their time with that individual.

"Some mating couples spend much of their time together, but lots of other social bonds also exist.

"We see pairs of males or females choosing to 'hang out', we see trios and quartets that are regularly together.

"Flamingos have long lives - some of the birds in this study have been at Slimbridge since the 1960s - and our study shows their friendships are stable over a period of years.

"It seems that - like humans - flamingos form social bonds for a variety of reasons, and the fact they're so long-lasting suggests they are important for survival in the wild."

Dr Rose said the findings could help in the management of captive flamingos.

"When moving birds from one zoo to another, we should be careful not to separate flamingos that are closely bonded to each other," he said.

The study - which used data from 2012-16 - examined flocks of Caribbean, Chilean, Andean and Lesser flamingos.

The flocks varied in size from just over 20 to more than 140, and the findings suggest larger flocks contained the highest level of social interactions.

"The simple lesson of this is that captive flamingo flocks should contain as many birds as reasonably possible," Dr Rose said.

The study found that seasons affected social interactions, with more bonds forming in spring and summer - the breeding season.

In three of the four flocks, the study also looked at condition of the birds (measured by the health of their feet) to see if there were links between social lives and health.

No link was found, and Dr Rose said this could mean that socialising is so important to flamingos that they continue to do it even if they are not feeling at their best.

The paper, published in the journal Behavioural Processes, is entitled: "Evaluating the social networks of four flocks of captive flamingos over a five-year period: Temporal, environmental, group and health influences on assortment."