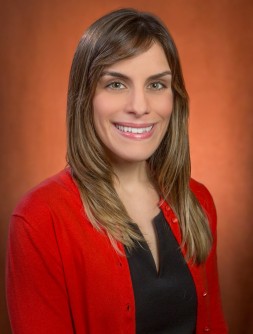 A new report from the Centers for Disease Control and Prevention reveals a dramatic increase in suicide rates across the United States, and statistics show this chronic problem affects people regardless of gender, race, ethnicity and age.

The CDC report finds suicide rates increased in every state except Nevada between 1999 and 2016. Nearly 45,000 Americans die by suicide each year.

FSU’s Department of Psychology has established itself as one of the preeminent suicide-research programs in the country. Researchers are currently pursuing innovative projects, such as developing machine-learning tools that can better predict suicide and get immediate help to patients.

The U.S. military recently awarded a $1.5 million grant to suicide researchers Jessica Ribeiro and Joseph Franklin, both assistant professors in the Department of Psychology, to build a machine-learning tool for primary care doctors to help them better assess suicide risk and respond effectively.

“It’s desperately needed,” Ribeiro said. “As a suicide researcher, you feel urgency to answer big questions because the field is stagnant, and people are dying at increasing rates. Now, this is a promising direction.”

Ribeiro and Franklin’s team has already developed powerful machine learning algorithms for electronic health records that can predict with 80-90 percent accuracy whether someone will attempt suicide as much as two years into the future.

Ribeiro and Franklin are available to talk about suicide research in light of the CDC report, as well as the high-profile suicide deaths of author and TV celebrity Anthony Bourdain and fashion icon Kate Spade.