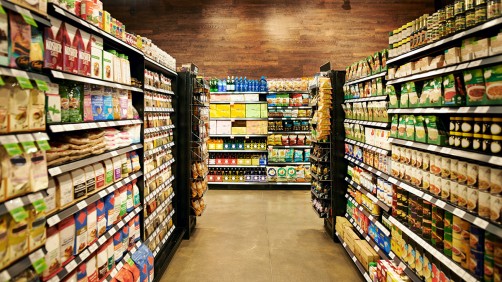 Newswise — When developing product promotions, marketers look for ways to capture consumers’ attention in a sea of competition. On packaging and on brand websites, they often describe how a product has been scientifically developed.

Sometimes consumers like products created with science and other times they do not, and new research from the University of Notre Dame shows that it all depends on what the marketer is trying to sell: sensory pleasure or practicality.

More than 7,000 Americans participated in a series of 10 experimental studies in “Get Your Science Out of Here: When Does Invoking Science in the Marketing of Consumer Products Backfire?” forthcoming in the Journal of Consumer Research from John Costello, assistant professor of marketing at Notre Dame’s Mendoza College of Business, along with Aviva Philipp-Muller from Simon Fraser University and Rebecca Walker Reczek from Ohio State University.

In one study of 1,015 people, the team tested sales of a body wash that is marketed as pleasurable, for example, by highlighting its “indulgent scented lather.” The researchers found that consumers are less likely to buy it when it is described as developed using science, compared to when science is not mentioned.

However, when body wash marketing focuses on practicality by describing its ability to “wash away odor-causing bacteria,” consumers are more likely to buy it when it is described as scientifically developed, compared to not mentioning science.

“The reason this occurs is because people stereotype the scientific process as being competent but cold, similar to how they stereotype scientists,” said Costello, who researches consumer behavior with a focus on psychological response to marketing communications and prosocial behaviors. “As consumers, we tend to associate enjoyment and sensory pleasures with warmth. That means there is a mismatch between our expectations that enjoyable products are warm and our feeling that science is cold.”

In 10 studies across a number of consumer products, the team shows that this mismatch makes a science claim on products focused on pleasure seem odd, and that’s what reduces people’s desire to buy.

“In another study conducted with 511 people on campus at Notre Dame and Ohio State University, when a chocolate chip cookie was described as being scientifically developed to have a chocolatey taste, students were 30 percent less likely to choose and eat it compared to when science wasn’t mentioned,” Costello said.

In a study of 814 people, the team showed that marketers can reduce the backfire effect of using a science claim for a pleasure-focused product if they first tell consumers that science is needed to make the product.

“When they first read an article about how chemistry is a necessary part of baking, people were equally interested in a cookie whose taste was developed using science as one that isn’t associated with science,” Costello said. “In other words, science no longer backfired.”

Not everyone, however, responded negatively to science paired with pleasure.

“The backfire effect is fairly surprising because over the last half-century, the use of science in marketing communications has proliferated, and public polling finds that Americans generally view science as beneficial,” Costello said. “This general trend also seems to be true for products that focus on pleasure or indulgence.”

A survey the team conducted with 208 people found that 79 percent of them had personally encountered science appeals for products that focus on indulgence or sensory pleasure. On the other hand, public polling also finds that a growing number of Americans report lower trust in science.

“Our studies suggest that many consumers have mixed feelings about science in product development, despite the fact that societally, we increasingly rely on products produced by science,” Costello said. “As a result, marketers need to exercise caution when discussing the scientific process used to create products that consumers are buying for taste, enjoyment and other types of pleasure.

“Of course, sometimes a scientific process is what gives a product or brand its competitive edge,” he said. “Our results suggest that marketers of these products may need to remind consumers that even products where they don’t naturally think of science being used — like the cookies and body wash in our studies — are often made with a scientific process.”

Interestingly, the study also identifies several variables that moderate when invoking science in marketing consumer products backfires. These insights can be used in segmentation strategies by marketing managers.

“Public opinion polling finds that Black Americans and Republicans report lower trust in scientists,” Costello said. “Thus, brand managers wishing to use science appeals to promote a product that focuses on pleasure could target segments of consumers who are likely to trust scientists or take care to explain why science is necessary for creating the product when targeting a segment likely to exhibit the backfire effect.”