For Earth Day, WCS Releases: Top Ten Actions You Can Take to Save Wildlife

Simple ways to save tigers, gorillas, elephants, and more 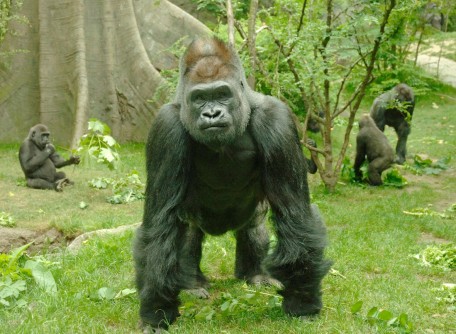 For Earth Day, WCS releases: top ten actions you can take to save gorillas, tigers, elephants, and more...

• Simple ways to save tigers, gorillas, elephants, and more

Newswise — NEW YORK (April 21, 2015) – The 45th annual Earth Day arrives on April 22nd, and with it, the usual calls to do more for the planet like recycling, using less energy, and buying organic. But what about actions you can do that directly save wildlife?

WCS, which runs field conservation projects in more than 60 countries and the world’s oceans, and operates the world’s largest network of urban zoos, has developed ten actions you can do to save the world’s most iconic wildlife:

1.) Support Ivory Bans: How can you save a mighty African elephant? By supporting national and state ivory bans, whether in the U.S. or across the globe. The legal ivory market provides a front for illegal trade, enabling poaching and ivory trafficking, so banning all domestic ivory sales is the best way to protect elephants from poacher's guns. For More info, visit 96Elephants.org

2.) Send a letter using a Tiger Stamp: On September 20, 2011, the U.S. Postal Service unveiled the Saving Wildlife Stamp, featuring an image of an Amur tiger cub. The extra 10 cents goes directly to wildlife programs including tiger conservation. Millions have already been raised through this program. For more info, visit Tigerstamp.com

3.) Be a responsible tourist: As you are planning your summer vacation, plan to visit a national park in the U.S. or abroad. If travelling internationally, look into how hard the country you will visit is working to protect its wildlife and wild places, For more info, visit the United Nation’s World Tourism Association

4.) Don’t buy illegal wildlife: and while you are on that vacation, don’t be tempted by cheap (or expensive) souvenirs that may in fact be protected wildlife. You’ll not only be harming a species, you may get slapped with a fine. U.S. Fish and Wildlife Service Travel and Trade Page or The Convention on International Trade in Endangered Species of Wild Fauna and Flora (CITES).

6.) Keep Kitty Inside: While we are on the topic of birds, let’s talk about cats. Did you know that fluffy and his counterparts kill as many as 3.7 billion birds a year in the U.S. alone? The answer is simple: let’s keep kitty inside. For more info, check out this blog by ornithologist Steve Zack.

7.) No More Microbeads: Used in soaps and cosmetics, plastic “microbeads” do more than exfoliate: they wind up passing through sewage treatment plants, and then get discharged into waterways where they can kill fish and other marine life. Legislation is underway to ban them in various states and federal waters. To learn more, visit: NOAA.

8.) Reduce Plastic Use – Save a Whale: A recent report published by the U.N. Environment Programme says plastic waste causes $13 billion in damage every year to marine life. This includes everything from whales getting entangled in discarded fishing nets to endangered sea turtles choking on plastic bags. By reducing the amount of disposable plastics we all consume, we reduce the waste stream – and the risk that these items can wind up in the marine environment. For more info, visit NOAA’s marine debris page.

9.) Eat Sustainable Seafood: Before you order that sushi deluxe, consider the sources of where it came from. Many species are overfished; some are nearing ecological extinction. Becoming an informed seafood consumer can have a direct impact on reducing demand for overfished species. For more info, visit Seafood Watch.

10.) Visit an AZA Zoo or Aquarium: AZA Accredited zoos and aquariums, with more than 3,000 conservation projects worldwide, are one of the largest single sources of conservation funding in the U.S., contributing $160M annually to conservation programs around the world. At WCS’s Bronx Zoo (yes, we are biased), the Congo Gorilla Forest has raised more than $12M for conservation in Central Africa. For more info, check out this speech by WCS CEO Cristián Samper on the role of zoos and conservation.