For Fourth Year in a Row, Temple University Breaks Record for Applications 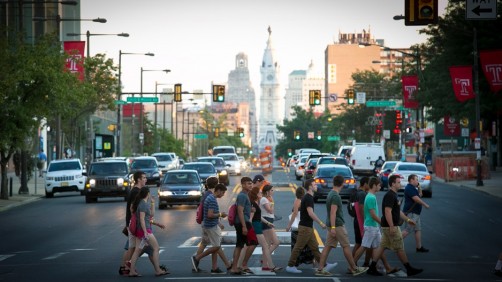 As of the March 1 application deadline, Temple received 36,840 applications, a 6 percent increase from last year’s record.

Newswise — It may sound like a broken record, but that’s because records keep breaking at Temple University. For the fourth straight year, the number of freshman applications has reached a new all-time high.

To President Richard M. Englert, the numbers are welcome but not surprising. When he was appointed last summer, Englert described Temple as having “tremendous momentum,” which he vowed to push forward. The early admissions figures show that Temple is as hot as ever.

“Temple continues to offer a unique blend of excellence, affordability and diversity in one of our nation’s great cities,” Englert said. “Although we are still early in the admissions process, the academic strength and diversity of our admitted students gives me confidence that we are poised to welcome an outstanding Class of 2021 to Temple and to Philadelphia.”

What’s driving all the interest? As in previous record-breaking years, it’s a combination of academic reputation—including stellar faculty, hundreds of degree programs, multiple opportunities for meaningful community service and the highest levels of research activity—as well as campus improvements and heightened exposure due to stunning successes in athletics.

This fall, a national spotlight again shined on Temple as the football team tallied another 10-win season, won the American Athletic Conference championship and went to its second consecutive bowl game. More recently, the women’s basketball team has continued to gain prominence as the Owls surged into the national rankings for the first time in more than a decade.

Add to that continuous upgrades across Temple’s campuses and efforts to limit student debt, such as the innovative Fly in 4 program, and the university’s appeal and reach continue to expand.

This year, that number surged to 3,100, the biggest group ever to attend the February event.