For the First Time in Excavations of Ancient Near Eastern Sites: Winery Found in Canaanite Palace 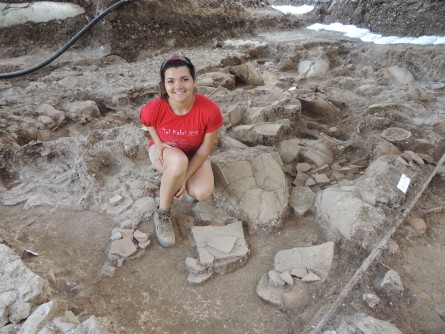 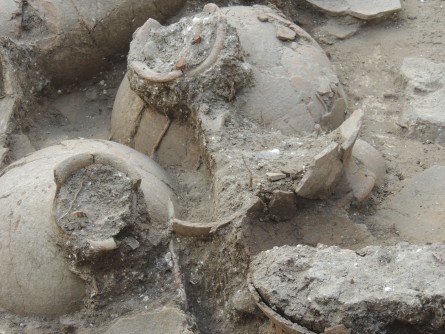 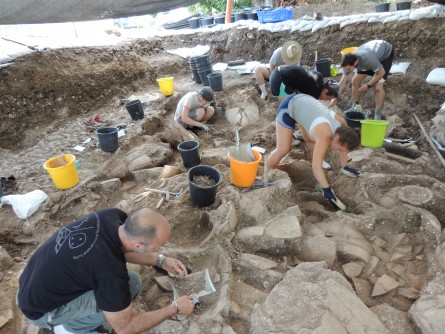 Newswise — For the first time in excavations of ancient Near Eastern sites, a winery has been discovered within a Canaanite palace. The winery produced high-quality wine that helped the Canaanite ruling family to impress their visitors – heads of important families, out-of-town guests, and envoys from neighboring states. “All the residents of the Canaanite city could produce simple wine from their own vineyards. But just before it was served, the wine we found was enriched with oil from the cedars of Lebanon, tree resin from Western Anatolia, and other flavorings, such as resin from the terebinth tree and honey. That kind of wine could only be found in a palace,” says Prof. Assaf Yasur-Landau of the Maritime Civilizations Department at the University of Haifa, one of the directors of the excavation. The full findings of the 2015 excavation season was presented at the conference “Excavations and Studies in Northern Israel,” which took place at the University of Haifa, and in May 16 at the Oriental Institute in Chicago.

The excavations at the Canaanite palace at tel Kabri, which was established around 3,850 years ago during the Middle Bronze Age (around 1950-1550 BCE), are continuing to yield surprises and to provide evidence of a connection between wine, banquets, and power in the Canaanite cities. Two years ago, around 40 almost-complete large jars were found in one of the rooms, and chemical analysis proved that they were filled with wine with special flavorings, such as terebinth resin, cedar oil, honey, and other plant extracts. “This was already a huge quantity of jars to find in a palace from the Bronze Age, and we were really surprised to find such a treasure,” says Prof. Yasur-Landau, who is directing the excavation together with Prof. Eric Cline of George Washington University, and Prof. Andrew Koh of Brandeis University.

In this early excavation the researchers already found openings leading into additional rooms. They devoted 2014 to analyzing the findings from the excavation, particularly the chemical analysis of the wine residues. During the 2015 excavation season, conducted in the summer, the researchers returned to the ancient rooms, not knowing what awaited them.

The northern opening led to a passage to another building. Both sides of the passage were lined with “closets” containing additional jars. The southern opening led to a room that was also full of jars buried under the collapsed walls and roof. This was clearly an additional storeroom. “We would have happily called it a day with this discovery, but then we found that this storeroom also had an opening at its southern end leading to a third room that was also full of shattered jars. And then we found a fourth storeroom” relates Prof. Yasur-Landau.

But the surprises kept on coming. As in the previous seasons, each of the new jars was sampled in order to examine its contents. The initial results showed that while all the jars in the first storeroom were filled with wine, in the other storerooms some of the jars contained wine, others appear to have been rinsed clean, while others still contained only resin, without wine. “It seems that some of the new storerooms were used for mixing wines with various flavorings and for storing empty jars for filling with the mixed wine. We are starting to think that the palace did not just have storerooms for finished produce, but also had a winery where wine was prepared for consumption.” Prof. Yasur-Landau added that this is the first time that a winery has been found in a palace from the Middle Bronze Age.

He adds that the new findings, together with the evidence from previous years of select parts of sheep and goats, have strengthened our understanding of the way rulers used splendid banquets to strengthen their control. “In this period it was not normal practice to mix wine beforehand. Accordingly, in order to provide guests with high-quality wines, the palace itself must have had a winery where they made prestigious wine and served it immediately to guests. These splendid banquets, which in addition to wine also included choice joints of sheep and goat, were the way rulers stayed in touch with their ‘electorate’ at the time – not only the heads of important extended families, but also guests from other cities and foreign envoys.”On the basis of ancient Ugaritic documents, the value of the wine in the storeroom can be estimated at a minimum of 1,900 silver shekels – an enormous sum that would have been sufficient, for example, to purchase three merchant ships. By way of comparison, an ordinary laborer in the same period would have to work for 150 years to earn this sum. 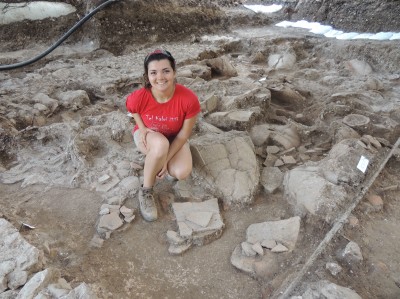 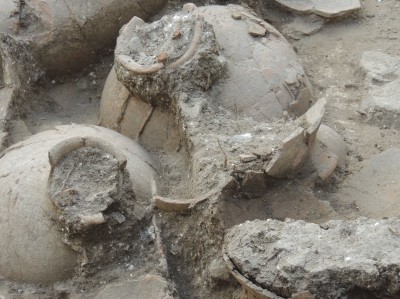 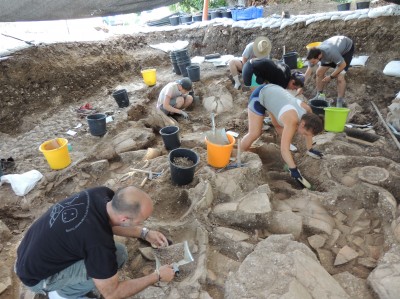