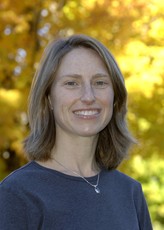 Newswise — If there's a silver lining to be found in the lack of rain clouds during an extended period of dry weather across the mountains of Western North Carolina this spring and summer, it may come in the form of above-average leaf color this fall.

"This should be a pretty good year for leaf color change," she said. "Although there was enough rainfall this spring to keep the trees healthy, we are still in drought conditions in the western part of the state, which, surprisingly, is good for fall color. Fortunately, the summer temperatures have not been as consistently hot as we had last year, so we should not experience the early leaf drop we had last fall. It all adds up to a nice, long progression of fall color."

Historically, below-average rainfall during the spring and early summer means plant growth is stunted by a lack of sufficient water, Mathews said.

The final factor in the equation is climate during the first weeks of autumn, she said. "If the temperatures in September and October cooperate and cool down, contributing to the breakdown of chlorophyll, we should expect to see some brilliant fall colors this year," Mathews said.

Chlorophyll is the chemical that gives leaves their green color in spring and summer. As chlorophyll breaks down, yellow pigments " always present in the leaves, but masked by the green of chlorophyll " are revealed, and new red pigments are produced.

Mathews also said leaf-lookers should not worry about any negative impact on fall color from the emergence of periodic cicadas in some spots across the mountains earlier this year.

The annual color show will begin first in the higher elevations of the northwestern sections of North Carolina, typically in early October, and progress southward and down slopes through mid-October and early November. Yellow birches, red sourwoods, red and yellow maples, yellow pin cherries and yellow poplars will be the first colors to show, Mathews said.

They will be followed by the yellow and red of oaks and sweet gums, yellow of hickories, yellow and brown of beeches, and a variety of other color shades in the vines, shrubs and smaller trees beneath the forest canopy. Peak fall color should arrive five to 10 days after the first frost at any particular location, Mathews said.

"Last year, there was not much of a peak, although we did see some brilliant color. This year, the trees should be on a more typical color schedule, peaking in mid-October in the mountains," she said. "And a sharp cooling of temperatures in September and October would really cause the colors to burst, as this stimulates the production of anthocyanin, or red pigments."

Western Carolina University is one of the 16 senior institutions of the University of North Carolina system. Western enrolls approximately 9,000 students in undergraduate and graduate programs of study, and is located about 50 miles west of Asheville, N.C., near Great Smoky Mountains National Park.