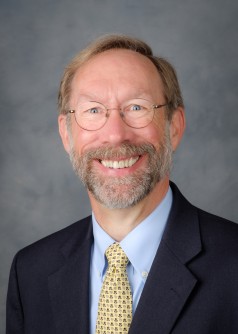 Newswise — Stan Meiburg, a former acting deputy administrator of the Environmental Protection Agency (EPA) who is now Wake Forest University’s director of graduate programs in sustainability, can discuss environmental challenges in the aftermath of Hurricane Harvey.

“Cleanup will take time, hard work, and cooperation," said Meiburg. "The social, environmental and financial effects of this storm are profound, and we must both recover from this storm and learn lessons for the inevitable next one."

Based on his experience as an EPA administrator during Hurricane Katrina and other natural disasters, he is concerned about the pollutants in the water, in the air and on land.

"This includes risks for sewage and chemical spills, and less obvious ones, such as contamination from household products and insect-borne diseases," he said.

Meiburg, who joined Wake Forest July 1, is known for leading efforts to protect the nation’s air and water and to clean up hazardous and toxic waste sites. His comments were included in a New York Times story this week.

He served as director of the air, pesticides and toxics division in Dallas, Texas, and later as deputy regional administrator in Dallas before serving in the same role in the Atlanta office. He joined the EPA in 1977 in Washington, D.C.

Meiburg is available for interviews today.