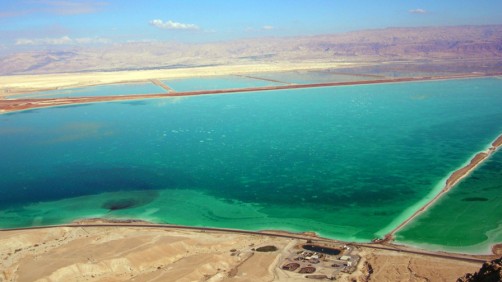 Newswise — Cooperation over water is unlikely to be the key to diplomatic breakthroughs, but it can play a critical role in long-term cooperation.

Delivering a keynote address at the University of Virginia Darden School of Business in the sixth annual edition of the World Water Events organized by UVA’s Global Water Initiative, Ram Aviram, the former Israeli ambassador to Greece and chief of staff for former President Shimon Peres, detailed the efforts to negotiate water rights in the politically tumultuous Jordan River Basin. Aviram’s talk was the first in a series of UVA World Water Events scheduled to continue through March and April.

The Jordan River Basin, which includes areas of Israel, the Palestinian territories, Lebanon, Syria and Jordan, has diminished dramatically in modern times, as upstream dams and canals have slowed the once mighty Jordan River into a dramatically weakened version of its former self.

In an arid climate in the midst of a prolonged, unprecedented drought, the resource remains vital, however, and looms large in political agreements and disputes among the region’s actors.

“Without water, you can do nothing,” said Aviram, who served as director of Israel’s Multilateral Water Negotiation Team for five years.

The former ambassador, now a lead consultant for the BIT Consultancy — or “the house of hydro-diplomacy,” as it bills itself — divided the state of hydro-political actions in the region into four distinct periods:

Aviram emphasized how water and innovations in the water space can play a strategic role in diplomacy.

For instance, with desalination now providing 70 percent of Israeli domestic needs, the “pie” of available water has increased dramatically, Aviram said, enabling Israel and Jordan to partner on the Red Sea-Dead Sea, project, for instance. The ambitious and complex project aims to stem the dramatic shrinkage of the Dead Sea by replenishing salt water while pumping potable water to areas in Israel, Jordan and the Palestinian territories.

“It’s changed everything in many, many ways,” Aviram said of desalination.

Despite its necessity to life, water remains “low politics,” Aviram said, frequently taking a back seat to issues deemed to be of greater diplomatic and strategic importance. Water cooperation is possible between Israel and Jordan because there is a peace agreement between the countries. Still, when broader diplomatic frameworks are in place, the former ambassador said cross-border interactions based on “environmental peace building principles and smart hydro-diplomacy” could relieve water scarcity in deficient regions.

Led by Darden Professor Peter Debaere, UVA’s Global Water Initiative is an interdisciplinary effort involving Schools across UVA with a focus on innovative solutions and creative research for one of the world’s most pressing issues.