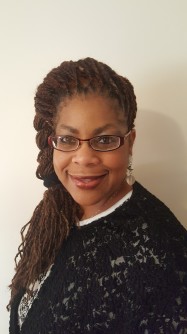 Newswise — Fornessa T. Randal has been appointed executive director of the Asian Health Coalition (AHC), a nonprofit advocacy group, as well as the University of Chicago’s Center for Asian Health Equity (CAHE).

Randal has more than 20 years of experience in community-academic partnerships, health systems innovation and minority health planning. Her background extends to cancer disparities research, public health, outreach and administrative leadership. She is recognized both locally and nationally for her innovative approach to program design and implementation.

“Fornessa brings the right zeal at the right time for our center with her executive experience in the nonprofit area coupled with the depth of her academic and institutional leadership,” said Karen Kim, MD, MS, a professor of medicine at the University of Chicago who is the director of CAHE and president of AHC’s board. “Her innovative programs have shaped community and academic partnerships across the country.”

CAHE, a unique partnership between the University of Chicago and the Asian Health Coalition, is the first center in the Midwest and one of the nation's only research centers focused on Asian health disparities.

Randal has disseminated and transformed local health initiatives into statewide and national models and developed prototypes that have been recognized by both the National Institutes of Health and the Centers for Disease Control and Prevention. She is the former assistant director of the University of Chicago Medicine Comprehensive Cancer Center (UCCCC) Office of Community Engagement and Cancer Disparities, under Kim’s direction.

Randal was instrumental in establishing and expanding partnerships within the Asian, African-American, Native American and Hispanic communities during her time with the UCCCC. She currently serves as the partnership director for the Chicago Southside Cancer Disparities Initiative (CSCDI), a NIH-supported P20 initiative to address cancer disparities among African-American and Asian-American communities. Prior to her current role, Randal was founding executive director for a health management nonprofit organization that developed the nation’s first public-private partnership to address the over-utilization of emergency rooms for primary care sensitive diagnosis among the uninsured and underinsured.

"Fornessa has a real passion for the Asian community and a unique approach to addressing minority health,” said Esther Wong, CASL’s co-founder and executive director. "She has spearheaded evidence-based cancer health initiatives in the Asian community and she tackles the issues facing the Chinatown community even though she does not share the same heritage. I am very pleased that she has returned to Chicago so that we can continue the work she began with us in the past."

She earned her bachelor’s degree from the University of California, San Diego and holds a graduate degree in community and regional (health) planning from the School of Architecture and Planning at the University of New Mexico. In New Mexico, she is widely known for her work developing and implementing Nurse Advicesm New Mexico, a state-run nurse access line aimed at providing access to health care for insured and under/uninsured callers and supported by a public-private partnership. She is also a published author.

Her appointment was effective Jan. 1.