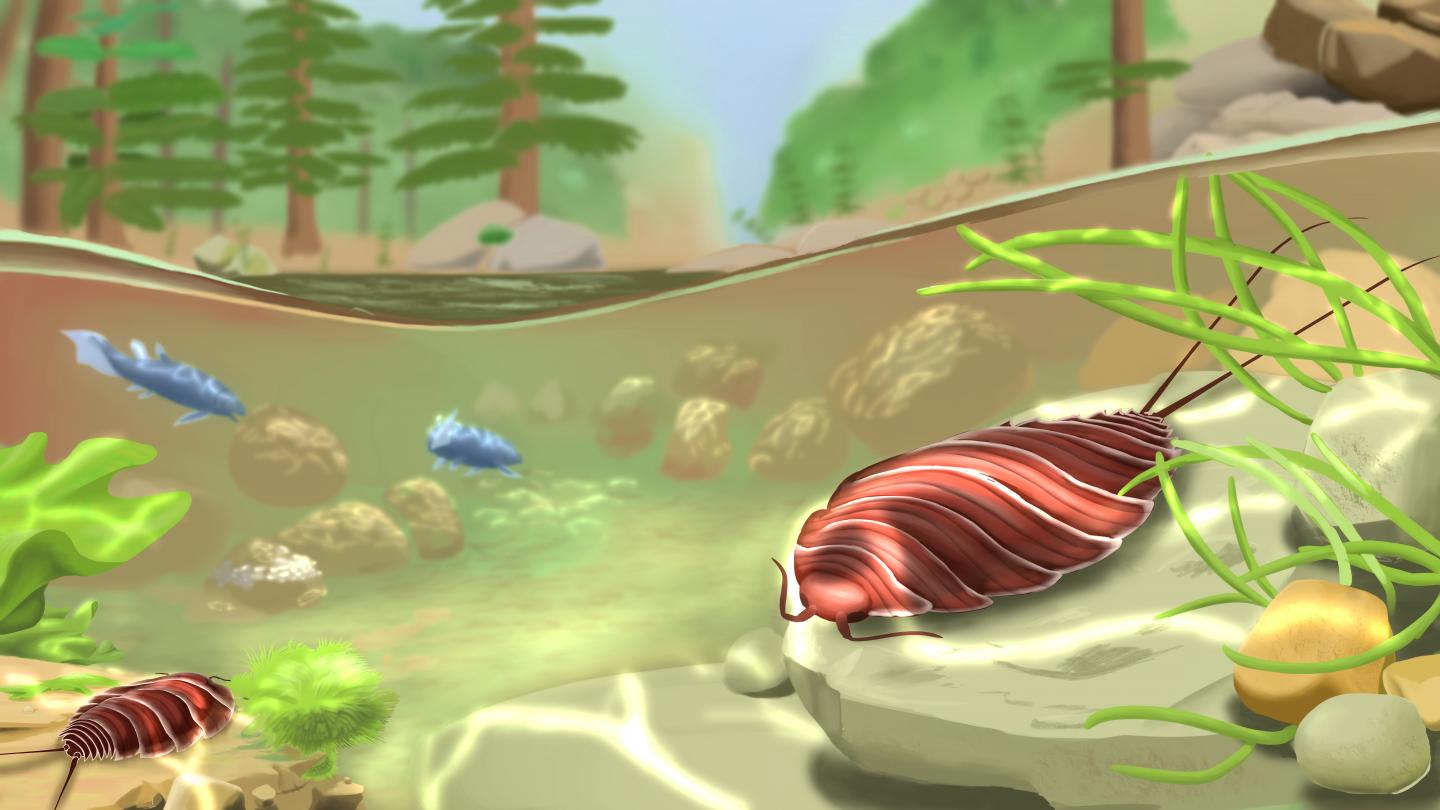 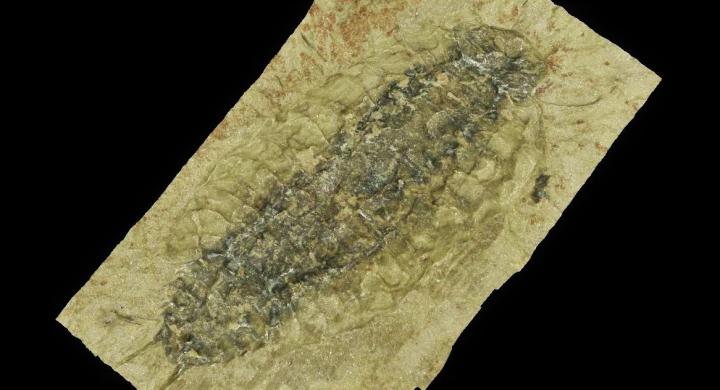 Newswise — The old cousins of the common woodlice were crawling on Irish land as long as 360 million years ago, according to new analysis of a fossil found in Kilkenny.

The research, published today (00.01 Wednesday 16 June) in the science journal Biology Letters, used state-of-the-art modern imaging technology to create a new picture of the Oxyuropoda - a land-based creature larger than the modern woodlice - using a fossil found in Kiltorcan, Co Kilkenny in 1908.

Lead researcher Dr Ninon Robin, a postdoctoral researcher at University College Cork's (UCC) School of Biological, Earth and Environmental Sciences said that their work advances science's understanding of when land-dwelling species of crustaceans roamed the earth, and what they looked like.

"Woodlice, and their relatives form a group of crustaceans named peracarids that are as species-rich as the more famous group comprising krill, crabs and shrimps named eucarids. From their ancestral marine habitat some peracarids have, unlike eucarids, evolved fully terrestrial ground-crawling ecologies, inhabiting even commonly our gardens, for example pillbugs and sowbugs, which are very common in Ireland.

"Using new modern imaging techniques, we determined that Oxyuropoda was actually a peracarid crustacean, even the oldest known one; which supports the theory that woodlice cousins were already crawling on Irish lands at that very early time, 360 million years ago.

"From previous genomic and molecular studies, scientists had suggested that this group ofcrustaceans must have appeared around 450 million years ago. However their fossils were very rare in the Paleozoic era, which was 560-250 million years ago, so we had no idea at all how they looked at that time, nor if they were marine or yet terrestrial.

"Our work is an advance in the field of the evolution of invertebrate animals, especially crustaceans, and in our knowledge of the timing of their colonisation of land," she said.

The fossil that formed the basis of this research was found in 1908 in a quarry at Kiltorcan, Co Kilkenny. The site has been internationally known since the mid 19th-century as the location of a number of plant, freshwater bivalve, fish, and crustacean fossils.

The international team behind this research includes Dr David Jarvis, also of UCC, and scientists from University of Lausanne in Switzerland, Harvard University in the US, and Naturalis Biodiversity Center of Leiden the Netherlands.