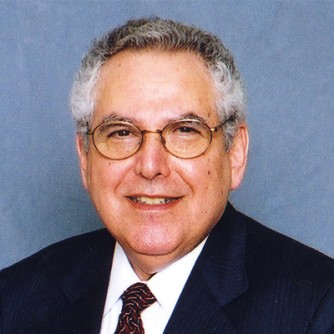 Newswise — GRAND RAPIDS, Mich. (April 27, 2016)—In honor of his immeasurable contributions to the study and treatment of movement disorders such as Parkinson’s disease, Van Andel Research Institute (VARI) will present renowned neuroscientist and clinician Stanley Fahn, M.D., with the 2016 Jay Van Andel Award for Outstanding Parkinson’s Disease Research. The award ceremony and Fahn’s accompanying lecture will kick off VARI’s annual Grand Challenges in Parkinson’s Disease symposium, which will be held Sept. 26–27 at the Institute in Grand Rapids, Michigan. “It is impossible to fully describe Dr. Fahn’s vast contributions to the study and treatment of Parkinson’s and other movement disorders,” said Darren Moore, Ph.D., VARI associate professor and chair of the Grand Challenges scientific program committee. “His scientific and clinical achievements are matched only by his steadfast and admirable dedication to education, mentorship and partnering with the Parkinson’s community. We are honored to present Dr. Fahn with this award and to have him give the opening talk for what promises to be an excellent symposium.”

Fahn is one of the founders of the field of movement disorders, which encompasses Parkinson’s, dystonia, tremor and other diseases that affect motor function. He played integral roles in the development of several rating scales used to determine the severity of a person’s disease, including the Unified Parkinson’s Disease Rating Scale, the Fahn-Marsden scale for dystonia, and the Shoulson-Fahn rating scale for Huntington’s disease, and the Lang-Fahn Dyskinesia ADL scale.

He is widely considered to be one of the top doctors in the U.S., and is a practicing physician at New York-Presbyterian, as well as the H. Houston Merritt Professor of Neurology and director emeritus of the Center for Parkinson’s Disease at Columbia University. Fahn founded the International Parkinson and Movement Disorder Society and served as chairman of its steering committee for many years, in addition to many other prestigious appointments.

The award was established in 2012 in memory of Van Andel Institute Founder Jay Van Andel, who battled Parkinson’s disease for a decade before his death in 2004. The honor is given to scientists who have made outstanding contributions to Parkinson’s disease research and have positively impacted human health. Past winners include Maria Grazia Spillantini, FRS, FMedSci; Robert Nussbaum, M.D.; Andrew John Lees, M.D., FRCP, FMedSci; Alim-Louis Benabid, M.D., Ph.D.; and Andrew Singleton, Ph.D.

ABOUT GRAND CHALLENGES IN PARKINSON’S DISEASENow in its fifth year, the annual Grand Challenges in Parkinson’s Disease symposium continues to grow. Last year, it drew more than 320 scientists, clinicians, advocates and people with Parkinson’s to the Institute to discuss the latest research and foster collaboration. This year’s theme, Genes and Pathways, focuses on the role of genetics in Parkinson’s, particularly how certain genes and pathways contribute to disease pathogenesis and how they can be targeted for diagnostic and therapeutic purposes. The Institute and UK-based research charity The Cure Parkinson’s Trust also are pleased to host the third Rallying to the Challenge in parallel with Grand Challenges. Designed for and by people with Parkinson’s, Rallying to the Challenge aims to positively impact research, treatment and the clinical trial process. For more information, visit www.grandchallengesinpd.org.

ABOUT VAN ANDEL RESEARCH INSTITUTEVan Andel Institute (VAI) is an independent nonprofit biomedical research and science education organization committed to improving the health and enhancing the lives of current and future generations. Established by Jay and Betty Van Andel in 1996 in Grand Rapids, Michigan, VAI has grown into a premier research and educational institution that supports the work of more than 350 scientists, educators and staff. Van Andel Research Institute (VARI), VAI’s research division, is dedicated to determining the epigenetic, genetic, molecular and cellular origins of cancer, Parkinson’s and other diseases and translating those findings into effective therapies. The Institute’s scientists work in onsite laboratories and participate in collaborative partnerships that span the globe. Learn more about Van Andel Institute or donate by visiting www.vai.org. 100% To Research, Discovery & Hope®