Four Faculty Elected to Connecticut Academy of Science and Engineering 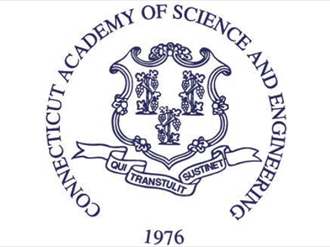 Connecticut Academy of Science and Engineering

Newswise — Four Yale School of Medicine researchers have been elected to the prestigious Connecticut Academy of Science and Engineering (CASE), including: Ann Kurth, Frederick J. Sigworth, Hugh S. Taylor, and Sandra Wolin. In addition to these School of Medicine faculty, seven other Yale professors have been named CASE members.

Ann Kurth, PhD, MPH, Linda Koch Lorimer Professor and dean of Yale School of Nursing, was cited for her work as an internationally-known epidemiologist. As a clinically-trained nurse-midwife, Kurth has contributed to policies around HIV/sexual and reproductive health prevention, screening and care, as well as to global health system strengthening in the US and internationally.

Frederick J. Sigworth, PhD, professor of cellular and molecular physiology and of biomedical engineering and of molecular biophysics and biochemistry, was cited for his work to understand the intricacies of ion channel proteins. These are “molecular machines” that control electric currents carried by ions across biological membrane proteins. Sigworth developed methods for recording and analyzing the single-molecule events underlying the switching of currents, and currently studies the structure of ion-channel proteins by electron cryo-microscopy.

Hugh S. Taylor, MD, Anita O’Keeffe Young Professor of Obstetrics, Gynecology, and Reproductive Sciences, and of molecular, cellular and developmental biology, was cited for his work as a renowned expert in reproductive sciences, especially in the areas of implantation, endometriosis, and menopause. Taylor’s work has led to a better understanding of endometriosis, including the genetic cause and the role of stem cells in the disease. Taylor is chair of the department of obstetrics, gynecology and reproductive sciences at the School of Medicine and chief of obstetrics and gynecology at Yale New Haven Hospital.

Sandra Wolin, MD, PhD, professor of cell biology and of molecular biophysics and biochemistry, was cited for her pioneering studies of how cells recognize and degrade unneeded, damaged and harmful RNA molecules which could otherwise interfere with normal cellular function. Wolin, who is director of the Yale Center for RNA Science and Medicine, has also elucidated the functions of cellular machines that bind and destroy misfolded RNAs, including discovering a novel surveillance pathway.

The new CASE members will be introduced at the academy’s 42nd annual meeting and dinner on May 22, 2017, at the University of Connecticut. Election to the academy is on the basis of scientific and engineering distinction, achieved through significant contributions in theory or applications, as demonstrated by original published books and papers, patents, the pioneering of new and developing fields and innovative products, outstanding leadership of nationally recognized teams, and external professional awards.