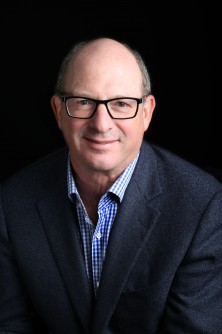 Newswise — PHILADELPHIA - The Basser Center for BRCA at Penn’s Abramson Cancer Center has announced the recipient of the 2016 Basser Global Prize. The honor will go to cancer geneticist Steven Narod, MD, FRCPC, PhD (hon), FRSC, director of the Familial Breast Cancer Research Unit and a senior scientist at the Women’s College Hospital in Toronto, Ontario, Canada. Narod is a world leader in the field of breast and ovarian cancer genetics, who has made significant contributions to the knowledge of how to assess cancer risk and reduce its mortality in BRCA1 and BRCA2 mutation carriers. The award presentation will be accompanied by Narod’s keynote address at the annual Basser Center for BRCA Scientific Symposium, scheduled for May 4-5, 2017.

“The Basser Center prides itself on funding the most innovative clinical and translation research projects that are advancing care of individuals living with or at-risk for BRCA1 and BRCA2 mutations,” said Susan Domchek, MD, executive director of the Basser Center for BRCA and the Basser Professor of Medicine in Penn’s Abramson Cancer Center. “Dr. Narod’s seminal work in cancer genetics has made a significant impact on the understanding, future research and treatment of breast and ovarian cancers. We are thrilled to support his ongoing efforts to improve care for these patients.”

As a recipient of the Basser Global Prize, Narod will receive $100,000 in unrestricted support of his ongoing BRCA1/2 related research efforts, a commemorative sculpture, and a personal $10,000 cash prize, to be awarded at the annual symposium.

“I am proud to be the first Canadian to receive this award,” Narod said. “It’s an honor to have my work recognized by one of the world’s leading medical schools and cancer research centers.” The new funding will support Narod’s to research efforts to improve care for women at risk of breast and ovarian cancer or living with the disease. “We will follow our study participants from our database of 6,000 women with BRCA mutations while investigating new strategies in cancer prevention and treatment.”

Women with mutations in BRCA1 and BRCA2 have a high risk of breast or ovarian cancer. The most effective preventive strategy at this time is surgical removal of the breasts and/or ovaries. Over the past 20 years, Narod’s research has led to numerous discoveries. He was part of the team that discovered the BRCA1 and BRCA2 mutations and he has contributed to the identification of genetic mutations in a number of ethnic populations, including people of French-Canadian, Bahamian and Ashkenazi Jewish descent. His database of over 15,000 women with mutations from 30 countries supports numerous international collaborations. Currently, Narod’s studies focus on chemoprevention, the early stages of breast cancer, and breast cancer in young women.

In 2012, the Basser Center was established through a $25 million gift from Penn alumni Mindy and Jon Gray in memory of Mindy Gray’s sister Faith Basser, who died of ovarian cancer at age 44. In 2013, the Grays made an additional $5 million gift to launch the Basser External Research Grant Program, a unique funding program for high impact translational cancer research projects aimed at advancing the care of people living with BRCA1 and BRCA2 mutations. The Basser Global Prize was established and subsequently endowed by Shari Basser Potter and Leonard Potter to honor a visionary scientist who has conceptually advanced BRCA1/2 related research that has led to improvements in clinical care.

Applications for the 2017 Basser Prize will open in Spring 2017.

Penn Medicine is one of the world's leading academic medical centers, dedicated to the related missions of medical education, biomedical research, and excellence in patient care. Penn Medicine consists of the Raymond and Ruth Perelman School of Medicine at the University of Pennsylvania(founded in 1765 as the nation's first medical school) and the University of Pennsylvania Health System, which together form a $5.3 billion enterprise.The Perelman School of Medicine has been ranked among the top five medical schools in the United States for the past 17 years, according to U.S. News & World Report's survey of research-oriented medical schools. The School is consistently among the nation's top recipients of funding from the National Institutes of Health, with $409 million awarded in the 2014 fiscal year.The University of Pennsylvania Health System's patient care facilities include: The Hospital of the University of Pennsylvania and Penn Presbyterian Medical Center -- which are recognized as one of the nation's top "Honor Roll" hospitals by U.S. News & World Report -- Chester County Hospital; Lancaster General Health; Penn Wissahickon Hospice; and Pennsylvania Hospital -- the nation's first hospital, founded in 1751. Additional affiliated inpatient care facilities and services throughout the Philadelphia region include Chestnut Hill Hospital and Good Shepherd Penn Partners, a partnership between Good Shepherd Rehabilitation Network and Penn Medicine.Penn Medicine is committed to improving lives and health through a variety of community-based programs and activities. In fiscal year 2014, Penn Medicine provided $771 million to benefit our community.