An expert in cancer genetics and precision medicine, he is among 213 new members of the Academy 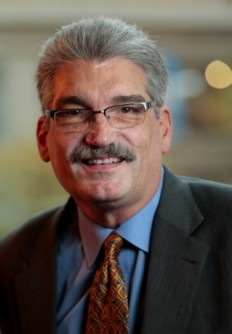 Newswise — SEATTLE – Dr. Gary Gilliland, president and director of Fred Hutchinson Cancer Research Center, has been elected to membership in the American Academy of Arts and Sciences, one of the nation’s oldest and most prestigious honorary societies and independent policy-research centers.

An expert in cancer genetics and precision medicine, Gilliland is among 213 new members of the American Academy announced today. Members of this year’s class – the 236th – include winners of the Pulitzer Prize, MacArthur and Guggenheim Fellowships, the Fields Medal, the Grammy Award and the National Book Award.

“I am grateful to be honored by the Academy. It is humbling to be included in this list of astonishing names in the arts and sciences, and it is particularly gratifying to know that the work of other Fred Hutch scientists, past and present, has been recognized by this historic organization,” said Gilliland, who took the helm as Fred Hutch’s president and director in January 2015. He is the eighth Hutch faculty member to receive the honor.

Gilliland, who holds doctorates in microbiology and medicine, spent 20 years on the faculty at Harvard University, where he was professor of medicine and professor of stem cell and regenerative biology. He was also an investigator at the Howard Hughes Medical Institute, the director of the leukemia program at the Dana-Farber/Harvard Cancer Center and has earned numerous honors for his work. The bulk of his initial work at Harvard focused on the genetic basis of blood cancers.

In 2009, Gilliland left Harvard to serve as senior vice president and head of global oncology at Merck Research Laboratories. In 2013, he returned to academia when he became the vice dean and vice president of precision medicine at Perelman School of Medicine at the University of Pennsylvania. There, he worked to bring together research and clinical care initiatives across disciplines to create a model for delivering personalized medicine to patients with a range of diseases.

Gilliland has received many honors and awards for his academic research, including the William Dameshek Prize from the American Society of Hematology, the Emil J. Freireich Award from MD Anderson Cancer Center and the Stanley J. Korsmeyer Award from the American Society for Clinical Investigation, of which he is an elected member. He is also an elected member of the National Academy of Medicine and the American Association of Physicians.

Other current and former Fred Hutch faculty members elected to the American Academy are Fred Hutch President and Director Emeritus Dr. Lawrence Corey, an international expert in infectious disease and HIV vaccine research (2012); Dr. Daniel Gottschling, a basic scientist who studies the mechanisms of aging (2010); Nobel laureate Dr. Linda Buck, who studies the mechanisms of olfaction (2008); Fred Hutch Senior Vice President and Deputy Director Dr. Mark Groudine, a molecular and cellular biologist and director emeritus of the Basic Sciences Division (2006); basic scientist Dr. Robert Eisenman, a leader in the field of oncogenes, or genes that cause cancer (2003); President and Director Emeritus Dr. Lee Hartwell, who received the Nobel Prize for discovering genes that control cell division (1998); and the late Dr. Harold Weintraub, an international leader in the field of molecular biology (1988).

The new class will be inducted at a ceremony Oct. 8, 2016 in Cambridge, Massachusetts.

At Fred Hutchinson Cancer Research Center, home to three Nobel laureates, interdisciplinary teams of world-renowned scientists seek new and innovative ways to prevent, diagnose and treat cancer, HIV/AIDS and other life-threatening diseases. Fred Hutch’s pioneering work in bone marrow transplantation led to the development of immunotherapy, which harnesses the power of the immune system to treat cancer with minimal side effects. An independent, nonprofit research institute based in Seattle, Fred Hutch houses the nation’s first and largest cancer prevention research program, as well as the clinical coordinating center of the Women’s Health Initiative and the international headquarters of the HIV Vaccine Trials Network. Private contributions are essential for enabling Fred Hutch scientists to explore novel research opportunities that lead to important medical breakthroughs. For more information visit fredhutch.org or follow Fred Hutch on Facebook, Twitter or YouTube.