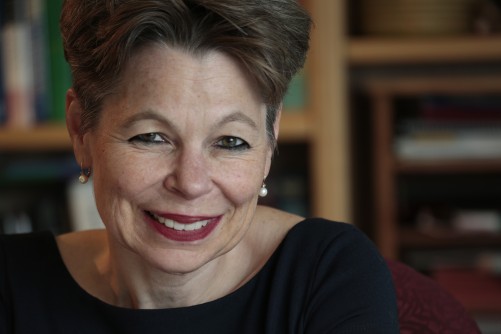 Dr. Polly Newcomb is senior author of the study. 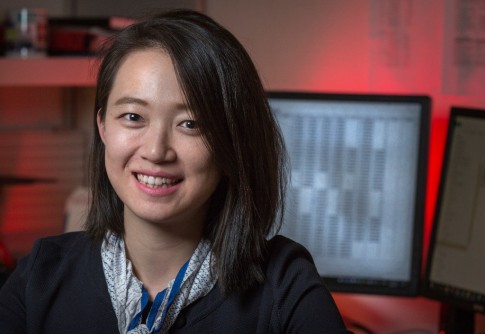 Xinwei Hua is first author of the study.

Newswise — SEATTLE — June 15, 2017 — Among long-term colorectal cancer survivors, use of nonsteroidal anti-inflammatory drugs, or NSAIDs, is associated with about a 25 percent reduction in all-cause mortality, according to new research from Fred Hutchinson Cancer Research Center published online in the Journal of Clinical Oncology.

The study further suggests that NSAIDs such as aspirin, ibuprofen and naproxen have a   particularly advantageous effect when taken after diagnosis by colorectal, or CRC, patients without tumor mutation in the KRAS gene (KRAS wild-type tumors): The study shows that NSAID use by this group is associated with a survival benefit of 40 percent. CRC is the second-leading cause of cancer-related deaths in the United States, and about 70 percent of CRC patients in this study have tumors without mutations in the KRAS gene.

“Several other studies have shown an association between NSAIDs and preventing CRC, but this is the first to look so thoroughly at how timing of NSAID use relative to diagnosis and tumor type could make a big difference in survival,” said Dr. Polly Newcomb, an epidemiologist in the Public Health Division at Fred Hutch and senior author of the study. “These results should spark conversations between patients and their doctors. NSAID use is an accepted practice to prevent cardiovascular disease, and their use as a tool against cancer merits similar consideration and study."

The observational study used data from 2,419 newly diagnosed patients in the Colon Cancer Family Registry, an international consortium that collects lifestyle, family history and medical information from CRC patients from the U.S., Canada and Australia. The researchers were able to divide patients into four groups: those who took the drugs before as well as after diagnosis, those who initiated use post-diagnosis, those who quit use post-diagnosis and those who did not use them at all. The researchers also employed tumor-marker testing by genotyping patient samples to pinpoint tumor mutations and tumor type.

The study was conducted at Fred Hutch and included three other sites: the Mayo Clinic in Rochester, Minnesota; Cancer Care Ontario in Toronto, Canada; and the University of Melbourne in Melbourne, Australia, and followed patients for a median of 10.8 years after diagnosis. In the group, 42 percent regularly took some form of NSAIDs, both aspirin and non-aspirin.

To get the most accurate results, Newcomb and the research team controlled for factors such as smoking status, family history, age and other characteristics and then conducted statistical analyses to determine potential association of NSAID use to both overall and disease-specific survival. The team found some differences in type of NSAID and outcome, which they attribute to different patterns of use, such as dose or duration, rather than due to the type of NSAID.

Some limitations of the study include that it relied upon patients to self-report their NSAID use and the generalizability of the study may apply only to long-term CRC survivors. The team recommends that future efforts include a more racially diverse population.

“We now have a better idea of how NSAID use may benefit a subset of patients diagnosed with colorectal cancer,” said Xinwei Hua, the study’s first author and an epidemiologist at Fred Hutch. “Next, we need to understand more precisely what the optimal timing, dose and duration of NSAID use should be among patients with KRAS wild-type tumors. We are just beginning to understand the biology underpinning NSAID use on the tumor’s molecular pathways, and it’s very exciting."

The National Cancer Institute funded this research. Author Dr. Scott Adams reports stock or ownership in CVS Health and Gilead, and author Dr. John Baron reports a patent for the colorectal chemopreventive use of aspirin.

Editor’s note: Members of the media may obtain an embargoed copy of the study by emailing [email protected].