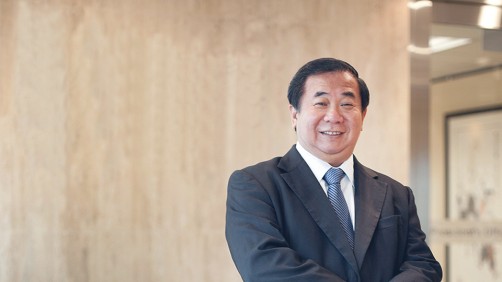 In his new role, Prof Freddy Boey will oversee the areas of innovation, entrepreneurship and research translation, as well as graduate studies, and will also assume leadership of NUS Enterprise. 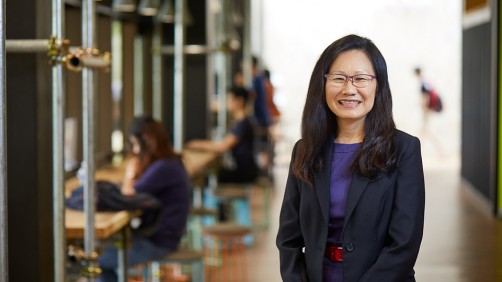 Dr Lily Chan was instrumental in transforming the University’s enterprise division into one of the most admired and respected higher education entrepreneurial ecosystems.

Newswise — 22 February 2019, Singapore - The National University of Singapore (NUS) today announced that Professor Freddy Boey, Senior Vice President (Graduate Education & Research Translation) will become Deputy President (Innovation & Enterprise) from 1 April 2019. Prof Boey will be responsible for the University’s initiatives and activities in the areas of innovation, entrepreneurship and research translation, as well as graduate studies in this new role.

As part of this appointment, Prof Boey will also assume leadership of NUS Enterprise when Dr Lily Chan, CEO of NUS Enterprise, steps down at the end of March 2019. Dr Chan will continue on in an advisory capacity from 1 April 2019.

As NUS Senior Vice President (Graduate Education & Research Translation), Prof Boey has oversight over all graduate education initiatives and the NUS Industry Liaison Office, which connects and partners with industry to commercialise the University’s innovations. He launched the Graduate Research Innovation Programme within a short timeframe to rapidly increase the University’s research translation efforts.

Prof Boey has also been instrumental in setting up the NUS Materials Research Lab, as well as NUS’ collaboration with Tianjin University (TJU) in the TJU-NUS Joint Institute in Fuzhou.

Said NUS President Professor Tan Eng Chye, “Professor Freddy Boey is known to many of us here and overseas as a translational research champion who is also a highly successful academic and entrepreneur. Freddy’s deep experience in research translation and entrepreneurship will bring our efforts in these two pillars to new heights. We look forward to working with Freddy in our efforts to grow the NUS Innovation and Enterprise network.”

“We believe that NUS faculty, students as well as start-ups, alumni and partners in our global and local ecosystems will benefit greatly from Freddy’s experience and mentorship. He is a prolific researcher, inventor and entrepreneur who puts NUS and Singapore first. We’re very pleased that Freddy is taking on this new role,” said NUS Senior Deputy President and Provost Professor Ho Teck Hua, who has oversight over education, research and entrepreneurship at the University.

Prof Boey, an NUS alumnus, holds more than 100 patents and is the founder of several spin-offs. He has also helped to raise Singapore’s profile globally as a hub for medical device innovation.

Said Prof Boey, “I am grateful for the opportunity to contribute to NUS’ leadership in entrepreneurship, research translation and graduate studies. I look forward to working with my talented colleagues, students and alumni, as well as our many partners and friends in Singapore and overseas to build on the strong foundation, laid by Dr Lily Chan, in the exciting years ahead.”

Dr Chan, who joined NUS in February 2006, will take on an advisory role to SDP and Provost Prof Ho Teck Hua when she leaves the University at the end of March. During her tenure as CEO of NUS Enterprise, Dr Chan transformed the University’s enterprise division into one of the most admired and respected higher education entrepreneurial ecosystems. She nurtured hundreds of entrepreneurs and start-ups, architecting a comprehensive support platform that has extended off-campus and overseas.

Under her stewardship, the NUS Overseas Colleges (NOC) programme – a first-of-its-kind initiative that has enabled more than 2,800 students to intern at overseas start-ups while taking classes at top partner universities – grew steadily from its initial location in Silicon Valley to 12 current locations across Asia, Europe, the Middle East and North America. NOC alumni have founded over 370 companies, leading Singapore’s broadsheet The Straits Times to call the programme “the single most important development to boost the start-up movement [in Singapore].”

Dr Chan also established numerous co-working spaces, ideation and validation programmes, as well as support services benefitting more than 200 companies annually. BLOCK71, an ecosystem builder and global connector, was established in 2011 in Ayer Rajah, an area near NUS’ Kent Ridge campus, in what The Economist called “the world’s most tightly packed entrepreneurial ecosystem.” BLOCK71 can now be found in six other locations in the US, China, and Indonesia.

Dr Chan also played a key role in formulating the NUS proposal which resulted in the founding of Singapore’s Global Innovation Alliance, a key recommendation in the country’s 2016 Committee on the Future Economy report.

Said Dr Chan, “Creating the foremost comprehensive innovation and entrepreneurship ecosystem for the University requires the efforts of many. I am thankful to my team, our students, alumni, partners and friends for their support in making NUS Enterprise the Innovation & Enterprise thought leader and community developer in Singapore and the region. I look forward to hearing about more successes from our students and start-ups, and for Prof Freddy Boey to take it to the next level.”

Said NUS President Prof Tan Eng Chye, “We extend our deep gratitude and appreciation to Dr Lily Chan, who has led NUS Enterprise with great passion and dedication over the last 13 years. Lily leaves behind a flourishing global and local start-up ecosystem that is a proud testament to the efforts of Lily and her team. We thank Lily for her many contributions to NUS and Singapore.”

Please refer to the Annex for the biography of Professor Freddy Boey.