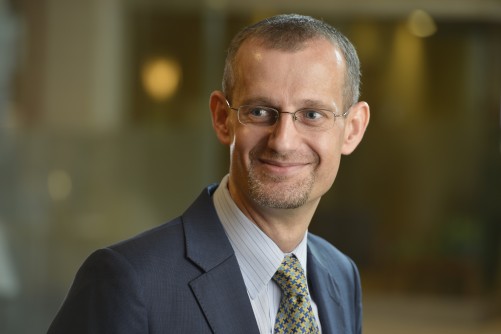 Newswise — New Brunswick, N.J., April 20, 2015 – Research from Rutgers Cancer Institute of New Jersey and Rutgers School of Public Health shows more than a third of New Jersey high school students who engage in indoor tanning do so frequently and many would find it hard to stop the practice. The research letter, Frequent Indoor Tanning among New Jersey High School Students, which appears in the latest edition of the Journal of the American Academy of Dermatology (doi: 10.1016/j.jaad.2015.01.035), also found that frequent indoor tanners were more likely to smoke and to engage in social media activities related to indoor tanning.

Indoor tanning exposes users to UV rays which can damage the skin and lead to skin cancer. According to the Centers for Disease Control and Prevention, this practice is particularly dangerous for those who begin indoor tanning in adolescence or early adulthood, as it puts them at a higher risk of developing melanoma, the deadliest of all skin cancers. In 2013, commercial indoor tanning was banned in New Jersey for those under 17 years of age. Investigators say the results of this current study will provide a necessary basis for assessing the impact of this ban on tanning rates among New Jersey minors.

Data for the study were drawn from the 2012 New Jersey Youth Tobacco Survey, which was completed by 1,850 public school students in grades nine through 12 in New Jersey. While primarily focusing on tobacco-related issues, the survey also included several questions related to indoor tanning. Along with providing demographic information pertaining to sex, age and race/ethnicity, survey participants reported whether they were a current smoker (smoked at least one cigarette in the past 30 days) and the number of times they used an indoor tanning booth or bed with tanning lamps. Those who indicated indoor tanning use in the past year also specified whether they had done so prior to a special occasion, before a vacation and/or in order to improve their mood. They also reported whether they had used social media related to indoor tanning salons (meaning that they became a fan, followed, or liked a tanning salon site on one or more social media channels). They also indicated how hard it would be for them to stop indoor tanning.

Of the 1,754 students who answered the question about indoor tanning use, 8.5 percent reported taking part in the practice over the prior year. Students who tanned indoors over the past year versus those who did not were more likely to be female (66.1 percent versus 48.4 percent) and current smokers (25.0 percent versus 7.4 percent). Students who reported indoor tanning in the past year did not differ in age than those who did not engage in the practice.

Elliot J. Coups, PhD, behavioral scientist at the Cancer Institute of New Jersey and associate professor of medicine at Rutgers Robert Wood Johnson Medical School, is the lead author. “Even though a commercial tanning bed ban is now in place for many high-schoolers in New Jersey, we have learned from the experiences of other states that this does not entirely eliminate indoor tanning among youth. Thus, there is still a need to develop and implement interventions for this population -and for youth across the U.S. - to reduce the likelihood that they will engage in indoor tanning,” noted Dr. Coups. “Given more than half of frequent tanners are using social media related to indoor tanning, this might serve as a viable mechanism to deliver messaging about the risks of this activity. The higher rate of smoking among frequent tanners also suggests these users may benefit from interventions that address multiple behavioral risk factors.”

The 2012 New Jersey Youth Tobacco Survey, from which data for this study was drawn, was funded by a contract from the New Jersey Department of Health to the Center for Tobacco Studies at Rutgers School of Public Health.

About Rutgers School of Public HealthThe Rutgers School of Public Health provides an exceptional, high-quality education that is accessible, affordable and designed to accommodate both working professionals and full-time students. The School offers five degrees, including the Master of Public Health (MPH), an MS in Biostatistics, an MS in Health Outcome, Policy, and Economics, a PhD in Public Health and the Doctor of Public Health (DrPH), as well as a number of dual degrees and post-baccalaureate certificates. With educational opportunities offered in New Brunswick, Newark and Stratford, the School is conveniently accessible across the state. There are eight departments, including Biostatistics, Environmental and Occupational Health, Epidemiology, Health Education and Behavioral Science, and Health Systems and Policy in New Brunswick; Dental Public Health, Quantitative Methods: Epidemiology and Biostatistics, and Urban Health Administration in Newark; and Health Systems and Policy in Stratford. Students have opportunities to participate in leading public health research and can put their public health education into practice through participation in the School’s international health or community service projects. Numerous continuing education opportunities for public health professionals are also available.

Journal of the American Academy of Dermatology