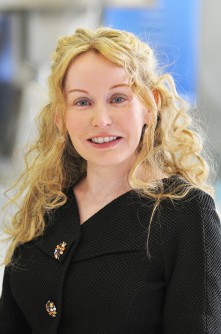 Change a flight? Or move a project deadline to avoid jinxing its success. Whether or not a person is superstitious, it’s safe to assume people will likely dodge black cats and ladders on that day…just in case the urban legends are true.

Friday the 13th is the only day people suffer from paraskevidekatriaphobia — the morbid, irrational fear of the date.

Is it a bona fide phobia or a fear?

“It’s in our nature to do what other people in our environment do. If we see that other people are concerned about certain events, we tend to become concerned as well,” said Dr. Britta Ostermeyer, chief, Psychiatry, Ben Taub General Hospital and the Harris County Hospital District, and associate professor, Psychiatry and Family Community Medicine, Baylor College of Medicine.

Fear is the normal response to genuine danger. Meanwhile a phobia is a type of anxiety disorder — a strong, excessive, irrational fear of something that poses little or no actual danger.

“A phobia is a mental disorder that causes enormous anxiety and distress for a person. It essentially interferes with a person’s life — disturbing daily functions,” Ostermeyer adds.

The American Psychiatric Institute for Research and Education estimates 7.8 percent of American adults have phobias. They are the most common psychiatric illnesses among women of all ages and are the second most common among men older than 25.

Phobias may cause a person to avoid common places, circumstances or objects even though they logically know there isn’t any danger. In fact, the person might even panic at the idea of coming in contact with the source of the phobia.

If a person suffers from any phobia — whether of Friday the 13th or of heights — Ostermeyer suggests seeking medical help when it interferes with daily activities.

“Treatment for phobias can involve behavioral therapy, which entails systematic de-sensitization. In therapy, patients will gradually confront their fear, until their anxiety is gone,” she says.

While some are dreading this Friday, Ostermeyer looks forward to it. After all, 13 is her lucky number.

“Whenever 13 came up for me, it has turned out well. If you have a positive outlook, then, indeed, good things might happen,” she says.

So whether it’s just a fear or actual paraskevidekatriaphobia, don’t worry — there is only one more day this year — July 13 — when hiding under the covers could help to avoid the dreaded day.