From Hot Springs to HIV, Same Protein Complexes Are Hijacked to Promote Viruses 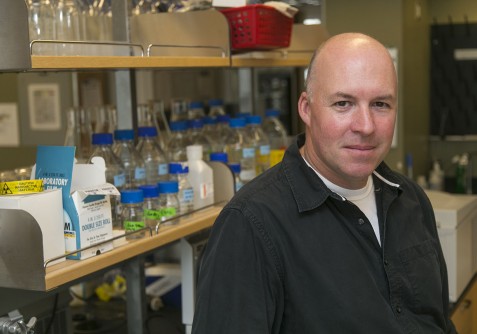 Scanning electron micrograph of Sulfolobus solfataricus cells infected with STIV, showing pyramid-like structures on the surface of the cell

Newswise — BLOOMINGTON, Ind. -- Biologists from Indiana University and Montana State University have discovered a striking connection between viruses such as HIV and Ebola and viruses that infect organisms called archaea that grow in volcanic hot springs. Despite the huge difference in environments and a 2 billion year evolutionary time span between archaea and humans, the viruses hijack the same set of proteins to break out of infected cells.

In eukaryotes -- the group that includes plants and animals -- and in archaea -- micro-organisms with no defined nucleus in their cellular construction -- viruses co-opt a group of important protein complexes called the Endosomal Sorting Complexes Required for Transport, or ESCRT.

The researchers were studying Sulfolobus turreted icosahedral virus, or STIV, which infects Sulfolobus solfataricus, a species of archaea called a thermophile that can be found in volcanic springs, such those in Yellowstone National Park. Thermophiles are micro-organisms that survive in extremely hot environments. The researchers found that, as with a range of viruses that infect humans, STIV is also dependent upon its host's ESCRT machinery to complete its life cycle.

"The new work yields insight into the evolution of the relationship between hosts and viruses and, more importantly, presents us with a new and simple model system to study how viruses can hijack and utilize cellular machineries," said Stephen D. Bell, professor in the IU Department of Molecular and Cellular Biochemistry and Department of Biology. Bell is co-lead author on the paper that appears today in early online editions of the Proceedings of the National Academy of Sciences.

The researchers looked for interactions between STIV and ESCRT proteins by using a technique in molecular biology called two-hybrid screening, which identifies binding interactions between two proteins or a protein and a DNA molecule. After finding two examples where viral proteins (the major capsid protein B345 and the viral protein C92) interacted with ESCRT proteins (SSO0619 and SSO0910), epiflouresence microscopy and transmission electron microscopy were used to determine exactly where ESCRT protein components localized in STIV-infected cells.

Epiflouresence microscopy uncovered spots of the ESCRT protein Vps4 in STIV-infected S. solfataricus cells, while no Vps4 was found after similar analysis in uninfected cells. In testing with transmission electron microscopy, the researchers identified Vps4 localized in the seven-sided pyramid-like structures that form in the membrane of S. solfataricus prior to viruses causing cell breakdown when the viral protein C92 expressed. No localization of Vps4 was found in similar cells where C92 was repressed.

The work shows that Vps4 is recruited to viral budding sites -- those seven-sided pyramid-like structures -- in the S. solfataricus thermophile. Significantly, other scientists have shown that the Vps4 protein of the eukaryotic ESCRT machinery localizes to the HIV budding site in humans.

"We believe the ESCRT machinery plays two roles in STIV biology. First, by virtue of interaction between the viral B345 protein and the host protein SSO0619, ESCRT aids in the construction of the STIV viral particles," Bell said. "Second, the strong association we find between the pyramid structures formed by C92 and ESCRT's Vps4 protein allows us to hypothesize that the ESCRT machinery plays a vital role in opening those pyramid exit structures that then leads to cell disruption and the release of viral progeny."

Just as the ESCRT machinery in plants and animals plays a key role in cell division, Bell's lab has previously shown that the same is true for that similar yet less-complicated ESCRT complex in archaea. Also of importance, Bell added, is that the ESCRT apparatus both in eukaryotes and in archaea like S. solfataricus is co-opted by viruses.

"These parallels support the idea that the cellular ESCRT is ancient and that it is likely to have evolved prior to archaea and eukarya separating to become different domains of life," Bell said.

Funding for the work came from the National Science Foundation, the National Aeronautics and Space Administration, the Wellcome Trust and the IU College of Arts and Sciences.

For more information or to speak with Bell, please contact Steve Chaplin, IU Communications, at 812-856-1896 or stjchap@iu.edu. 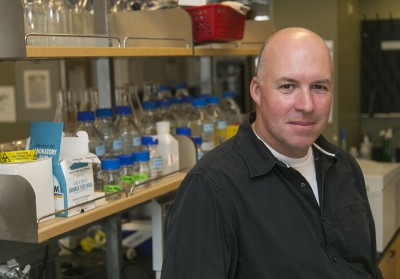 Caption: Scanning electron micrograph of Sulfolobus solfataricus cells infected with STIV, showing pyramid-like structures on the surface of the cell