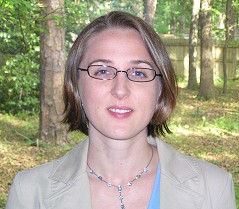 Newswise — A Florida State University sociologist has led the most comprehensive study of 20th century children’s books ever undertaken in the United States and found a bias toward tales that feature men and boys — even male animals — as lead characters.

Janice McCabe, assistant professor of sociology, led the study of nearly 6,000 books published from 1900 to 2000. While previous studies have looked at the representation of male and female characters in children’s books, they were often limited in scope.

“We looked at a full century of children’s books,” McCabe said. “We were surprised to find that books did not become consistently more equal throughout the century. They were most unequal in the middle of the century, with more male-dominated characters from 1930 to 1969, than those published in the first three decades of the century and in later decades.”

Daniel Tope, also an assistant professor of sociology at FSU and one of the study’s co-authors, said there is a connection between the historical ebb and flow of the women’s movement and gender representations in children’s books.

“Following the onset of the women’s movement in the ‘60s and ‘70s, greater gender parity for central characters became more normative,” Tope said. “This suggests a historical link between gender politics and gender representations in print.”

The study, “Gender in Twentieth–Century Children’s Books: Patterns of Disparity in Titles and Central Characters,” (http://gas.sagepub.com/content/25/2/197.abstract) was published in the journal Gender & Society. The study found that:

“The widespread pattern of underrepresentation of females that we find supports the belief that female characters are less important and interesting than male characters,” McCabe said. “This may contribute to a sense of unimportance among girls and privilege among boys. The gender inequalities we found may be particularly powerful because they are reinforced by patterns of male-dominated characters in many other aspects of children’s media, including cartoons, G-rated films, video games and even coloring books.”

The authors collected information from the full series of three sources: Caldecott award-winning books, (1938-2000); Little Golden Books, (1942-1993); and the Children’s Catalog, (1900-2000). They found that Golden Books tended to have the most unbalanced representations, and only one Caldecott winner had a female animal as a central character without any male central characters. The 1985 book “Have You Seen My Duckling?” follows Mother Duck asking other pond animals this question as she searches for a missing duckling.

Besides McCabe and Tope, the study’s authors are Emily Fairchild of New College of Florida; Liz Grauerholz of the University of Central Florida; and Bernice A. Pescosolido of Indiana University.