From the Mouths of Bots: Saint Joseph's Technology Ethicist Examines Fake News in the Catholic Tradition 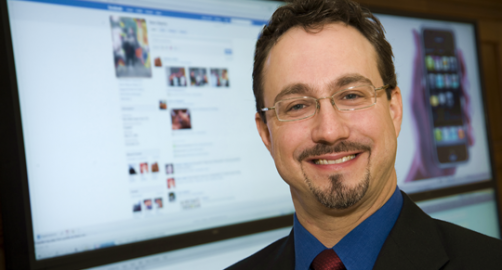 Newswise — “Fake news has been around for centuries,” says James Caccamo, Ph.D., associate professor and chair of theology and religious studies at Saint Joseph’s University in Philadelphia, to the surprise of his Delaware County library audience this past fall.

Caccamo, an ethicist who specializes in the discipline’s intersection with technology, offered a handful of lectures on the ever-popular subject of fake news. He reminded listeners of propaganda’s international history: The portrayal of early Christians, the Salem Witch Trials and the Vietnam War, for example, featured the intentional dissemination of counterfactual stories.

These days, “most people get their news from social media,” he says. “That puts a large obligation on the backs of Facebook and Twitter — especially in light of Russian bots, social media trolls and political interference by fake news outlets.”

Caccamo notes that the internet and digital culture began without standards for civil discourse, and it will take society some time to decide how to do news well online. “We had a long time to figure this out in print,” he adds.

“The right to speech has always been limited,” says Caccamo, noting prohibitions against threats of bodily harm and the requirement to list side effects in pharmaceutical ads. “We don’t know how speech online will change someday, but for now, you’re allowed to lie on the internet.”

When it comes to bots, automated online personas on social media sites like Twitter that artificially pad follower counts, troll human users and share false information, Caccamo doesn’t judge them in and of themselves.

“As an ethicist, I don’t focus on bots,” he says, “because they aren’t human beings.”

But their creators, along with the human writers of fake news, are another story. According to Caccamo, from a Catholic perspective, the purpose of communication is to help people understand one another and to bridge the gaps that divide people. Ultimately, it is about creating a community, which can only be built on truth.

The problem is that “falsehood makes unity impossible,” he says. “That’s why we don’t approve of lying — even on Twitter.”

Caccamo argues that fake news also hampers a person’s right to make an informed choice using the best information available. Instead, Catholic Social Teaching would prefer people of all backgrounds and belief systems learn the facts together.

“When the Internet was created, it’s goal was to democratize information,” he says.  People assumed this would push out falsehood. Unfortunately, it hasn’t turned out that way.

Instead of waiting for that ideal world, in the short-term, social media platforms like Facebook and Twitter need to take steps to promote that harmony. One helpful move, according to the technology ethicist, is implementing markers for factual correctness and verification.

“We can preserve the right to expression and to post whatever you want,” says Caccamo, “but platforms can note, ‘This is unverified,’ in regard to content that is unsubstantiated by other sources.” That would help people make informed decisions.

Such measures that help readers parse out the truth are certainly helpful, he says, but is it enough?

“At the rate we’re going, only time will tell,” Caccamo concludes.