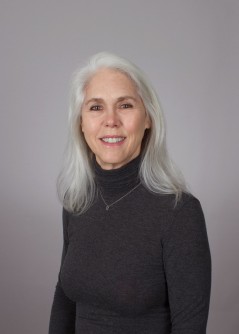 A new study by Dr. Alicia McDonough of the Keck School of Medicine of USC links increased dietary potassium with lower blood pressure.

Newswise — LOS ANGELES – Eating potassium-rich foods like sweet potatoes, avocados, spinach, beans, bananas — and even coffee — could be key to lowering blood pressure, according to Alicia McDonough, PhD, professor of cell and neurobiology at the Keck School of Medicine of the University of Southern California (USC).

“Decreasing sodium intake is a well-established way to lower blood pressure,” McDonough says, “but evidence suggests that increasing dietary potassium may have an equally important effect on hypertension.”

McDonough explored the link between blood pressure and dietary sodium, potassium and the sodium-potassium ratio in a review article published in the April 2017 issue of the American Journal of Physiology – Endocrinology and Metabolism. The review looked at population, interventional and molecular mechanism studies that investigated the effects of dietary sodium and potassium on hypertension.

McDonough reviewed recent studies in rodent models, from her own lab and others, to illustrate the mechanisms for potassium benefit. These studies indicated that the body does a balancing act that uses sodium to maintain close control of potassium levels in the blood, which is critical to normal heart, nerve and muscle function.

Increasing dietary potassium will take a conscious effort, however. McDonough explains that our early ancestors ate primitive diets that were high in fruits, roots, vegetables, beans and grains (all higher in potassium) and very low in sodium. As a result, humans evolved to crave sodium — but not potassium. Modern diets, however, have changed drastically since then: processed food companies add salt to satisfy our cravings, and processed foods are usually low in potassium.

“If you eat a typical Western diet,” McDonough says, “your sodium intake is high and your potassium intake is low. This significantly increases your chances of developing high blood pressure.” When dietary potassium is low, the balancing act uses sodium retention to hold onto the limited potassium, which is like eating a higher sodium diet, she says.

But how much dietary potassium should we consume? A 2004 Institute of Medicine report recommends that adults consume at least 4.7 grams of potassium per day to lower blood pressure, blunt the effects of dietary sodium and reduce the risks of kidney stones and bone loss, McDonough says. Eating ¾ cup of black beans, for example, will help you achieve almost 50 percent of your daily potassium goal.

ABOUT THE KECK SCHOOL OF MEDICINE OF USC Founded in 1885, the Keck School of Medicine of USC is among the nation’s leaders in innovative patient care, scientific discovery, education, and community service. It is part of Keck Medicine of USC, the University of Southern California's medical enterprise, one of only two university-owned academic medical centers in the Los Angeles area. This includes the Keck Medical Center of USC, composed of the Keck Hospital of USC and the USC Norris Cancer Hospital. The two world-class, USC-owned hospitals are staffed by more than 500 physicians who are faculty at the Keck School. The school today has approximately 1,650 full-time faculty members and voluntary faculty of more than 2,400 physicians. These faculty direct the education of approximately 700 medical students and 1,000 students pursuing graduate and post-graduate degrees. The school trains more than 900 resident physicians in more than 50 specialty or subspecialty programs and is the largest educator of physicians practicing in Southern California. Together, the school's faculty and residents serve more than 1.5 million patients each year at Keck Hospital of USC and USC Norris Cancer Hospital, as well as USC-affiliated hospitals Children’s Hospital Los Angeles and Los Angeles County + USC Medical Center. Keck School faculty also conduct research and teach at several research centers and institutes, including the USC Norris Comprehensive Cancer Center, the Zilkha Neurogenetic Institute, the Eli and Edythe Broad Center for Stem Cell Research and Regenerative Medicine at USC, the USC Cardiovascular Thoracic Institute, the USC Roski Eye Institute and the USC Institute of Urology.