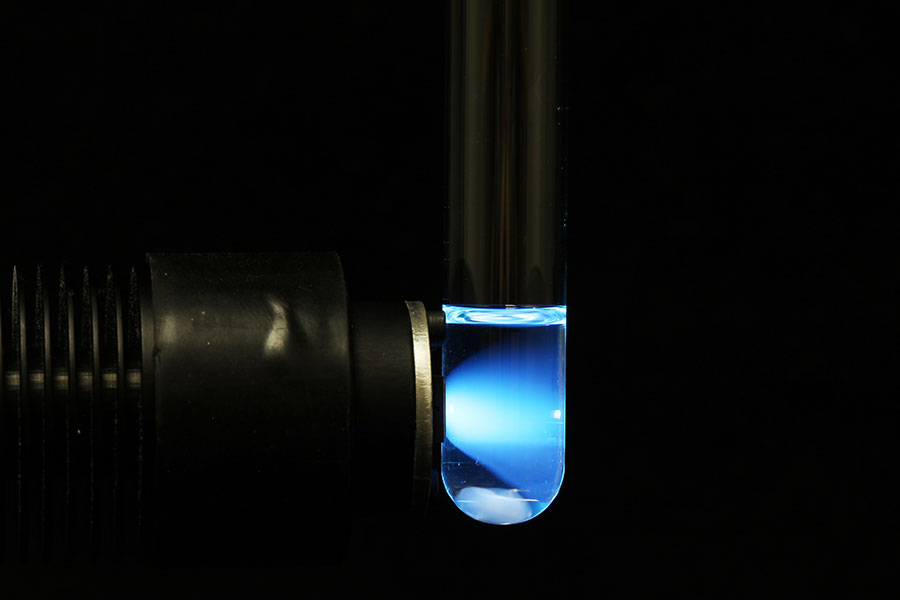 FSU researchers used light to change a molecule from being left-handed to right-handed.

Tallahassee, Fla. — Just like people, molecules can be left- or right-handed.

No, molecules do not actually have hands. But scientists refer to them in this way when looking at asymmetric molecules that are mirror images of one another and therefore are not superimposable. Whether a molecule is a “lefty” or “righty” also influences how they behave — critical information for researchers.

Now a team of Florida State University researchers has found a way to turn a “left-handed” molecule into a “right-handed” one — a process that could have important implications for drug development.

In the journal Chemical Communications, Assistant Professor Ken Hanson and his team explain how a left-handed molecule could be turned into a right-handed one by way of a light-induced proton transfer.

“This means we wouldn’t have to throw half of a chemical solution away when we only want the right-handed molecules,” said Hanson.

The lack of understanding of chirality or the property of asymmetry in molecules has had severe consequences in the past.

In the 1950s, a sedative called thalidomide was sold in Europe as a treatment for morning sickness. It was later discovered that while the left-handed molecule for thalidomide was effective, the right-handed one was toxic. Thousands of children of mothers who took the drug were born with severe birth defects.

Because of this and other cases, pharmaceutical companies are hyper focused on the left-hand versus right issue in their drug screening process.

In this study, Hanson used an organic compound called BINOL and attached a left-handed amino acid to it. Then, the team shone light directly on the compound.

Hanson said that his research team plans to follow up by refining the process and creating a purer sample.

“This study was just a proof of concept to show that it could be done,” Hanson said.