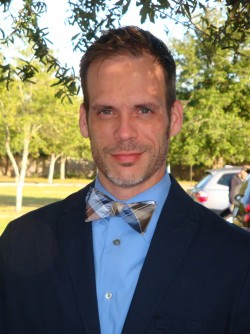 COLLEGE OF SOCIAL WORK TO COLLABORATE ON EVALUATION OF SUICIDE INTERVENTIONS FOR MIDDLE-AGE MEN Newswise — TALLAHASSEE, Fla. — With a $1.28 million, four-year grant from the Centers for Disease Control, the Florida State University College of Social Work and the University of Maryland, Baltimore (UMB) School of Social Work will evaluate new online suicide screening and prevention tools aimed at decreasing suicide rates among middle-age men.

Led by researchers at UMB, the project will examine an online screening tool developed by Screening for Mental Health and an online therapeutic program called Man Therapy. Both interventions target men ages 35-64, who are at higher risk for suicide.

Philip J. Osteen, an assistant professor in the College of Social Work, is the project’s principal investigator at Florida State. He said middle-age men are not only at higher risk for suicide but also the most resistant to personally identify signs of mental health problems, including suicide, and to engage in mental health services.

“Preventing suicide among males in this age range requires innovative, evidence-based interventions and comprehensive programs,” said Osteen, whose work focuses on suicide prevention through interventions targeting individuals’ ability to identify, assess and respond appropriately to people at risk for suicide. He is joined by Florida State researchers Thomas Joiner, Robert O. Lawton Distinguished Professor of Psychology, and Brad Schmidt, professor and director of the Anxiety and Behavioral Health Clinic.

The Centers for Disease Control (CDC) reports that middle-age adults account for the largest proportion of suicides in the nation, 56 percent. In addition, men account for 77.9 percent of all suicides and take their own life nearly four times the rate of women. Suicide claims more than 40,000 lives each year and is a leading cause of injury death among middle-age men in Michigan, where the research will take place.

The public health crisis of suicide among middle-age men will continue in the absence of effective, evidence-based interventions designed specifically for them, according to Jodi Jacobson Frey, associate professor at UMB and lead researcher of the project.

The study’s researchers are answering the call for unique approaches specifically tailored to the needs of this hard-to-reach population.

“The programs to be evaluated in this research directly target middle-age men in places where they are most comfortable — at home, at work and online,” Frey said.

The interventions being examined specifically address some of the gender-specific issues inhibiting men’s access and utilization of behavioral health care.

Researchers plan to enroll 200 men in the online programs and measure their suicide-related behaviors, such as attempting suicide and preparing for suicide, and their suicidal ideation and depression.

The researchers also will evaluate the men’s attitudes about seeking professional mental health services, their help-seeking behaviors such as using online services and referrals, their risk factors for suicide — such as relationship, substance abuse and financial problems — as well as their perceived level of social support. The research will examine Screening for Mental Health’s online screening program on its own and in combination with Man Therapy.