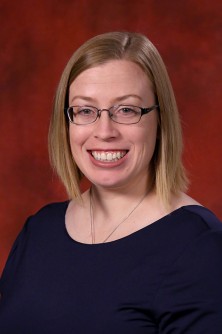 Florida State University pediatrician Mary Norton said she has seen parents pour their last amount of formula into a bottle and tell her, “I have nothing else for my baby.”

Indeed, families in Tallahassee and throughout Florida are feeling the effects of a national shortage of baby formula that continues to alarm health care workers, government officials and especially parents of infants.

“I have had multiple conversations with families over the past few weeks who were very concerned about access to formula,” Norton said. “So, what you’re hearing on the national news, we’re seeing locally. For some families, this is a crisis because formula may be the primary or only source of nutrition their child gets.”

Norton, a practicing physician at FSU PrimaryHealth, a unit of the College of Medicine, is available to comment on the shortage and offer tips for affected families. Her expertise includes breastfeeding, the mother-baby dyad, patient advocacy and community pediatrics.

Norton said she has heard reports of parents making their own formula, which she strongly discourages because of the risk of recipes that lack proper nutrients.

The same goes for parents who add water to baby formula in a bid to extend the supply.

“That child eventually will stop growing well and stop developing because they’re not getting the right nutrition,” Norton said. “They’re getting too much water, not enough protein, not enough carbohydrates and other kinds of micronutrients, so that’s a big deal.”

News reports tie the baby formula shortage to the shutdown of a major factory that became the subject of consumer complaints about contaminated formula linked to two deaths. Contributing factors include persistent supply-chain problems and reports of panic buying, which has prompted some retailers to establish individual limits on purchases of baby formula.

Consumers in some parts of the country have seen more than half of the regular supply of baby formula out of stock, according to reports.

Norton suggests that parents talk with their pediatrician about alternatives to certain unavailable formulas. She points out other useful advice at Healthychildren.org.

She also recommends the U.S. government’s Special Supplemental Nutrition Program for Women, Infants and Children, or WIC. The program serves low-income pregnant, breastfeeding and non-breastfeeding postpartum women, plus infants and children up to age 5 who are found to be at nutritional risk.

The program boasts offices throughout the state, and it touts benefits that include supplemental nutritious foods, plus screening and referrals to other health, welfare and social services.

She emphasizes her concern for families distressed by the baby formula shortage.

“It’s a worry that doesn’t go away,” Norton said. “You’re constantly worrying about when that next meal or bottle is going to come.”