Fuertes Observatory Celebrates a Century of Scanning the Cosmos 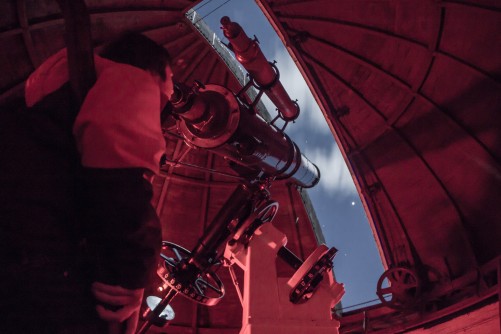 Courtesy of the Cornell Astronomical Society 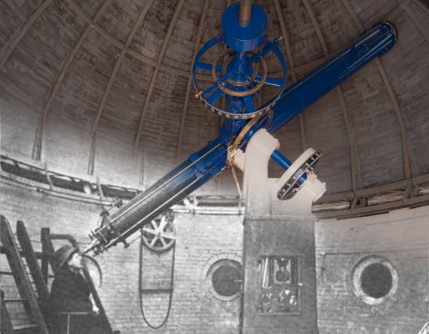 Courtesy of the Cornell Astronomical Society

Media Note: To view and download images of Fuertes Observatory, go to https://cornell.box.com/v/FuertesObservatory.

On Nov. 17, the Cornell Astronomical Society and Department of Astronomy invite the community to celebrate Fuertes’ centennial. “A Century of Observing at Fuertes” features Phil Nicholson, professor of astronomy, and Mike Roman, reflecting on the observatory’s history and long-term impact. The talk will be held at 7:30 p.m. in the Appel Service Center, Appel Commons, across from Fuertes Observatory, and is free.

“In the 100 years since this observatory opened, we’ve discovered amazing things about our solar system, our galaxy and the universe,” says Nicholson. “Having a telescope on campus means that everyone has the opportunity to share in the excitement of those discoveries.”

Fuertes was the fifth observatory built by Cornell University and opened in 1917. Until the 1950s, before the advent of radio time signals and GPS, it was used to teach Cornell civil engineering students how to use surveying transits, sextants and other equipment to survey land and determine time. It was also used to observe solar and lunar eclipses, planetary transits, to study the moon and to teach astrometry. Today, its telescope is one of only a handful that are operated much like they were in the early years of the 20th century.

Every year, about 4,000 people visit Fuertes and its new museum focused on the history of astronomy at Cornell. The observatory is open every Friday from 8 p.m. to midnight for visitors to gaze through rooftop telescopes and view planets, galaxies and stars through the 95-year-old refractor, the Irving Porter Church Telescope. 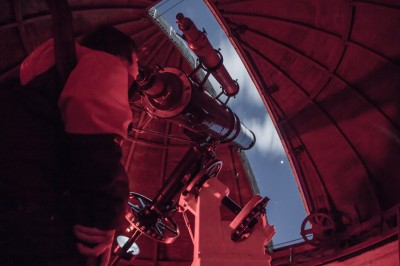 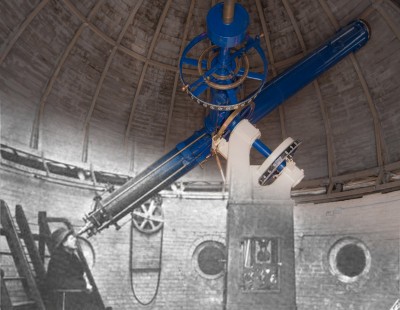