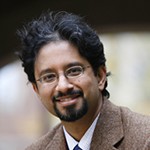 Federal funding for the Children’s Health Insurance Program (CHIP) is set to expire Oct. 1, 2015, unless Congress intervenes — a move that is essential for millions of Amerian children, says a Washington University in St. Louis faculty expert on child well-being.

“It is critically important that CHIP be reauthorized because it is the only safety net for children who are near-poor,” said Ramesh Raghavan, MD, PhD, associate professor at the Brown School and associate professor of psychiatry at the university’s School of Medicine.

House Democrats proposed legislation at the end of July to extend the program another four years. A similar bill has been introduced in the Senate. Congressional leaders have begun asking governors if the program should be extended.

CHIP is authorized through 2019 but funding will dry up next fall.

The program provides health-care coverage for nearly 8 million children in families with incomes too high to qualify for Medicaid, but which cannot afford private coverage.

Signed in 1997, CHIP provides federal matching funds to states to provide this coverage.

Raghavan researches access to, and quality of, mental health services for vulnerable children, especially those in the welfare system. He is an expert on child mental health and Medicaid.

Here, he discusses why the program should be fully funded.

“These are the children of the working poor — persons who are employed in jobs that provide few benefits, and CHIP is critically important for these kids,” he said.

What about the Affordable Care Act?

“Numerically, the primary impact of the Affordable Care Act (ACA) on coverage will be on adults, primarily childless adults,” Raghavan said. “This is why the ACA extends CHIP through 2015, and also provides funds to promote enrollment within it. The ACA recognizes the fundamental and irreplaceable contributions that CHIP has made to increasing access to services for children nationwide.”

“Hence, for reasons related to numbers of insured children, and for state fiscal prudence, preserving CHIP is necessary to assuring child health in our country.”