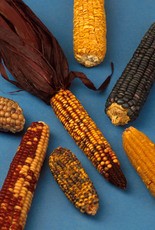 Rising use of corn for food and fuel is creating heightened concerns about contamination of this staple crop with deadly aflatoxin.

Newswise — The spiraling use of corn for food and fuel is creating heightened concerns about contamination of this staple crop with deadly aflatoxin. Produced by certain fungi that grow on corn, this contaminant is a known human carcinogen that especially threatens food safety in the developing world and can potentially cause the loss of hundreds of millions of dollars in the United States each year. Bruce Hammond, Ph.D., a lead researcher at Monsanto's Product Safety Center, says that aflatoxin is a potent liver carcinogen and source of other health concerns in humans and animals. Tightly regulated by the FDA, Hammond said threatening levels of the contaminant are kept out of the food supply in the United States. But in Africa and the developing world, poor regulation has made aflatoxin a significant food safety issue.

At the 235th national meeting of the American Chemical Society in New Orleans, Hammond and others presented advances towards the production of corn less susceptible to aflatoxin contamination. The new varieties could contribute to the reduction of the worldwide threat of the deadly toxin, improve food quality in developing countries and increase corn yield for food and in the United States.

Growing conditions in Africa are well-suited for Aspergillus flavus, the fungus that produces aflatoxin. Environmental factors like drought, high temperatures, nitrogen availability and insect damage in plants allow the fungus to thrive. Fungal spores can enter the corn via cavities created by insects, and later germinate and produce mycotoxins, the problematic family of contaminants that includes aflatoxin.

In Africa, where both animals and man eat feed corn, people die as a result of acute aflatoxin exposure. In 2007, there were over a hundred deaths in Kenya alone. Levels of the liver toxin rise to especially dangerous levels in those with hepatitis.

However, the contaminant poses the biggest threat to children.

"There are studies documenting the correlation between growth issues in West African children and ingestion of aflatoxins," said Robert L. Brown, a plant pathologist at the United States Department of Agriculture who studies genes that might confer aflatoxin resistance in corn. He also said the toxin has an effect on immune function in children. Brown is in the process of releasing six new corn inbred lines that are the result of crosses between U.S. aflatoxin-resistant lines and African resistant lines. These new inbreds have been selected for valued crop characteristics as well as for resistance.

Estimates suggest that 4.5 billion people in developing countries are chronically exposed to aflatoxin. While the health threat looms in developing nations, it is also a significant economic threat to agriculture in the United States.

"Because of climate, you can find an aflatoxin breakout somewhere in the southern U.S. pretty much every year," said Brown. These outbreaks can drive up prices for ethanol if it's feed corn byproducts become contaminated.

In the quest to engineer better corn crops, scientists at Monsanto are targeting insect pests that can rob corn yield and decrease grain quality. The first generation of their so-called "Bt corn" incorporated a gene into the corn genome from Bacillus thuringiensis (Bt), a soil microbe that produces a protein that kills harmful corn pests like the European and southwestern corn borer. Bt is the active ingredient in microbial pesticides widely used in organic and conventional agricultural systems for close to 50 years.

"Bt is found commonly in the environment already. After inserting the gene into the corn plant, the crop makes an insect control protein within the plant that helps protect it from target species like European corn borer, but doesn't harm other non-target insects or species. The use of this technology has also allowed farmers to decrease other forms of pesticide protection, helping the environment in the process," said Hammond.

The Bt corn successfully resisted insect damage by the European corn borer, rootworm and other insects that allow mycotoxin-producing fungi to infect corn plants. Now, varieties of Bt corn make up 55 to 60 percent of all corn grown in the United States each year, according to Hammond.

Subsequent studies confirmed a secondary benefit — with less insect damage on corn ears, the Bt corn suffered less fungal infection and had lower levels of certain mycotoxins, but not aflatoxin. Hammond's team followed up on these observations with the aim to reduce aflatoxin levels.

Today, Monsanto researchers aim to confer even more insect protection to the second generation of Bt corn. Pending regulatory approval, the new varieties could include additional genes that guard against a broader variety of pests like the fall armyworm, a particular threat to the southern United States associated with aflatoxin contamination.

Preliminary trials found that the new Bt corn variety had reduced levels of aflatoxin, said Hammond. Other sites in the US and in Argentina also showed lower insect damage to the corn from other pests.

"These preliminary results are encouraging, and we look forward to more trials performed under a variety of environmental conditions to show that these reductions are reproducible," said Hammond.

The researcher's future efforts aim to lessen the effect of other environmental stressors that can trigger fungal growth in plants.

"If we take insect protection, combine it with drought tolerance, protect the roots against root damage, have herbicide resistance and improved nitrogen utilization all in the same plant, maybe we will have plants that are much less susceptible to these stress factors and, as a secondary effect, reduced mycotoxin contamination," said Hammond.

The paper on this research, AGFD 081, will be presented at 2:00 p.m., Tuesday, April 8, 2008, in the Marriott Convention Center, Blaine Kern E, during the symposium, "Mycotoxin Prevention and Control in Agriculture."

Bruce Hammond, Ph.D., is a researcher in the Product Safety Center at Monsanto. ALL PAPERS ARE EMBARGOED UNTIL DATE AND TIME OF PRESENTATION, UNLESS OTHERWISE NOTED The paper on this research, AGFD 081, will be presented at 2:00 PM, Tuesday, April 8, 2008, during the symposium, "Mycotoxin Prevention and Control in Agriculture." AGFD 081Use of biotechnology to reduce environmental stress factors in maize can lead to lower mycotoxin contamination Program Selection: Division of Agricultural & Food ChemistryTopic Selection: Mycotoxin Prevention and Control in Agriculture: Omics TechnologiesLead Presenter's Email:

AbstractEnvironmental stress factors such as insect damage, heat and drought stress, reduced nitrogen uptake, make maize more susceptible to infection with mycotoxigenic fungi. Through biotechnology, traits have been introduced into maize that provide protection against insect pests that cause feeding damage to the roots, stalk and ears. Reduction in feeding damage has decreased the potential for infection with mycotoxigenic fungi. Traits that impart herbicide tolerance lower competition from weeds for soil nitrogen. Protection against root damage also allows the plant more access to soil moisture reducing drought stress. Other traits that impart drought stress are under development as well as traits that improve nitrogen utilization. These traits are being combined in the same plant to reduce environmental stress and increase yield. A secondary benefit of reduced plant stress is lowered mycotoxin contamination.

Through biotechnology, Monsanto is developing corn varieties that produce more corn per acre. This benefits farmers as it increases their productivity and income. It also benefits consumers as more corn is available for food uses keeping the costs of food production lower. Increasing demands for corn to produce ethanol has driven up the cost of corn for food producers that is passed on to consumers. Anything that can increase the efficiency of corn production can therefore benefit both farmers and the consumer.

Secondly, the development of new corn varieties that are more resistant to environmental stess factors such as insect damage, drought stress, reduced nutrient availability means that the quality of the corn will be improved.

Environmentally stressed corn is more susceptible to infection with fungi that produce mycotoxins that can be harmful to farm animals and humans.

Contaminated corn cannot be used for food and feed resulting in economic losses for farmers. More stress resistant corn will prodice higher quality grain that is beneficial to farmers, and animals and humans that consume the corn.

Ethanol production tends to concentrate mycotoxins in by-products formed during the process that is used to feed farm animsl that are used for human food.

Therefore, ethanol producres must carefully monitor purchased grain to be sure it is low in mycotoxins. Stress resistant corn varieties can have a lower potential for mycotoxin contamination which can also benefit ethanol producers, farm animal production, and indirectly the consumer.

This work is relatively new since the first new corn variety that was developed using biotechnology to protect against insect damage first entered commerce in 1996. Additional stress reducing traits have been introduced in the last 10 years and more are in development. Other commercial corn breeding companies are following Monsanto's lead in this area.

Corn breeders have tried for many years to develop corn varieties that are more resistant to environmental stress factors but progress has been slow using conventional breeding techniques. There has only been limited success. Other scientists have been investigating the complex relationships between fungi that infect corn and how they produce mycotoxins. Thye hope to find ways someday to interfere with the ability of fungi to produce mycotoxins.

Available to talk with news media: Yes Special Instructions/feedback: I think this is a very interesting story about how a new technology has benefits for both producers and consumers, and could have a big impact on other countries that are highly dependent on corn consumption as a dietary staple. Mycotoxin contamination is a world wide problem, and some countries have limited means to protect their consumers and farmers from eating contaminated grain