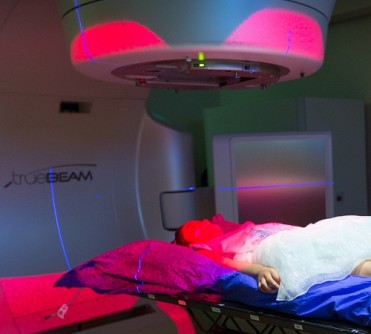 Newswise — A team of investigators has determined that young children participating in a clinical trial to assess the effectiveness of reduced radiotherapy did worse when there were deviations from the treatment protocol. Results of the study will be available online in advance of publication by Pediatric Blood & Cancer on April 4.

“This study shows that attention to the timing, dose, and location of radiation therapy is crucial,” Kenneth K. Wong, MD, a radiation oncologist at Children’s Hospital Los Angeles and first author on the study.

This paper is a qualitative assessment of the Head Start III trial which avoids or delays radiation therapy in children with brain tumors. The Head Start studies represent an innovative approach to the treatment of malignant brain tumors – using high dose chemotherapy followed by transfusion of blood stem cells – as a substitute for radiation in younger children, where the late side effects of radiation to the developing brain can be particularly detrimental. If disease persists after this course of treatment or if the child is older, they receive radiation therapy.

In Head Start III, only 31 of 220 children received radiation on study, since the goal of these studies is to reduce radiation exposure. However, of the children who were to receive radiation, a subset (8 of 25) had deviations from the treatment plan. These protocol violations all occurred in children 6 years of age or younger.

“Parents or providers may want to delay the start of radiation or reduce the dose or area of exposure – particularly in very young children,” said Wong. “But in a study already limiting radiation exposure – patients with these kinds of protocol violations experienced worse outcomes.”

For all patients eligible for radiation therapy, those that received treatment according to protocol and began radiation therapy within 11 weeks of recovery from stem cell transfusion had improved overall survival.

To further improve patient outcomes, Wong suggests focusing on reducing protocol violations by reviewing treatment plans prior to initiating radiation therapy. He is currently pursuing funding to continue this work.

Children's Hospital Los Angeles has been named the best children’s hospital in California and among the top 10 in the nation for clinical excellence with its selection to the prestigious U.S. News & World Report Honor Roll. Children’s Hospital is home to The Saban Research Institute, one of the largest and most productive pediatric research facilities in the United States. Children’s Hospital is also one of America's premier teaching hospitals through its affiliation since 1932 with the Keck School of Medicine of the University of Southern California. For more information, visit CHLA.org. Follow us on http://www.twitter.com/childrensla" target="_blank">Twitter, http://www.facebook.com/childrensla" target="_blank">Facebook, http://www.facebook.com/youtube" target="_blank">YouTube and LinkedIn, or visit our blog at http://researchlablog.org/" target="_blank">http://researchlablog.org/>.