Gaps in the Iron Curtain 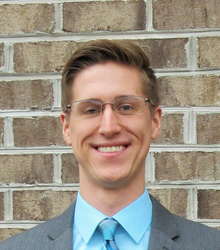 Newswise — A West Virginia University history alumnus is the recipient of the nation’s top award for his dissertation research in Italian history.

“It is a major accomplishment to write the best dissertation in any field, especially when the competition included many applications from institutions with many more resources than WVU,” said Joshua Arthurs, associate professor of history and Gramith’s adviser. “We hope to establish WVU as a leading department in Italian history, and this is great exposure for us."

Gramith studied the migration of a community from the northeastern Italian town, Monfalcone. It is located on the border of Slovenia, part of the area previously known as Yugoslavia.

At the end of World War II with the Cold War setting in, thousands of Monfalcone residents migrated east toward Yugoslavia, a communist state. This trended against the prevailing westward population movements across Europe during this time as millions of people fled from communism.

“It was an interesting topic because migration happened during the Cold War, but this was unexpected,” Gramith said. “It’s Italians moving into the communist world rather than fleeing from it. It goes against a lot of the common assumptions about people’s responses to communism. These particular Italians were eager to get to that part of the world.”

Gramith explored what motivations the Monfalconesi had to seek out communism. These included their experiences under Benito Mussolini’s fascist regime, the violence during World War II and the resistance struggle against Nazism, the impact of Allied occupation after the war, and their fantasies of a communist utopia.

“Understanding this story helps us gain fascinating new insights about the early Cold War,” Arthurs said. “The Iron Curtain between East and West was not just created by the superpowers but by ordinary people voting with their feet. Cold War politics were underpinned not just by big ideological forces – communism versus capitalism – but by the experiences, aspirations and fears of ordinary people. The Iron Curtain was actually more porous than we imagine.”

“It was really important for me to get to the part of the world I studied because the area of northeastern Italy is a crossroads of Italian culture, Germanic culture and Yugoslavian culture,” Gramith said. “I’d read a lot about it, but there’s nothing like actually going to the place and seeing people in the streets speaking these different languages. It gave me a better sense of the whole community on the borderland between these different worlds.”

Gramith, who already knew German and Italian, learned Slovenian to prepare for his travels.

“It was very interesting to go there because I met people who had connections to the events that I was describing,” Gramith said. “It gave me a greater appreciation for the group of people I am studying. I saw their descendants and people who knew them. They weren’t just people on paper, in documents.”

Gramith’s research was supported by a dissertation completion grant from the American Council for Learned Studies and a research grant from the Cesare Barbieri Foundation. He also received funding from WVU, the Eberly College of Arts and Sciences and the Department of History, including the Swiger Fellowship.

“I view these as collective awards because many people in the history department were so supportive. The community here was very important,” Gramith said. “I hear horror stories about departments at other universities where there are cutthroat relationships. That was not at all my experience. I have a lot of close friends from WVU. There were certain things that happened in my life then that probably would have caused me to leave school had I not had the community here to rely on, so I’m thankful.”

Gramith is currently an adjunct professor at East Tennessee State University and a lecturer in WVU’s Department of History.