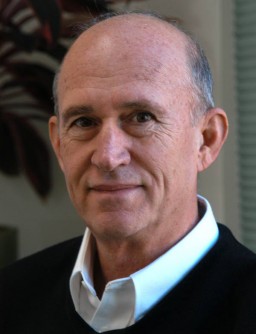 David Conley will lead the University of Oregon's effort to help improve core studies to ready students for college and careers.

Newswise — Developing a set of core content standards to prepare high school students with the academic foundation and skills necessary to succeed on any college campus is the goal of a new initiative at the University of Oregon.

Specifically targeted are the subject areas of mathematics and English, as well as a set of career-oriented two-year certificate programs.

David T. Conley, a professor of education and founder and chief executive officer of the non-profit Educational Policy Improvement Center (EPIC), will lead the ambitious project, which is partially funded by a $794,000 grant from the Bill & Melinda Gates Foundation.

The Seattle-based foundation announced in February a $19.5 million package of 15 grants to develop and launch new instructional tools and assessments to assure college readiness across the nation. Other support for the UO project comes from the Council of Chief State School Officers and the National Governors Association as part of the Common Core State Standards Initiative.

"Overall, this massive effort is committed to building high-quality standards that are based on research and scientific evidence and aligned with both college and career expectations for students when they graduate from high school," Conley said.

The UO-affiliated EPIC’s primary use of the Gates Foundation funding, Conley said, will be for a validity study that will explore the relationship between existing college- and career-readiness standards and the content, expectations and practices most used in entry-level college courses. The study will look at courses in both four-year baccalaureate programs and two-year certificate programs that prepare students for career paths.

EPIC researchers will collect data from instructors of entry-level college courses across the country using a specially-designed online tool. Tapped for data collection will be instructor self-reports, course syllabi, external reviews of these course outlines, and examples of student work drawn from assignments and assessments.

Researchers hope to identify what is critical for success in those courses and how well the College and Career Common Core Standards reflect those critical elements.

To date 48 states, Puerto Rico, the Virgin Islands and District of Columbia have agreed to align their standards with those established by the Council of Chief State School Officers and National Governors Association. Alaska and Texas have not. Awards made by the U.S. Department of Education under the Obama Administration's Race to the Top program likely will go to participating states.

About the University of OregonThe University of Oregon is a world-class teaching and research institution and Oregon's flagship public university. The UO is a member of the Association of American Universities (AAU), an organization made up of the 62 leading public and private research institutions in the United States and Canada. The UO is one of only two AAU members in the Pacific Northwest.