Study of Maximum-security Prisons in the United States 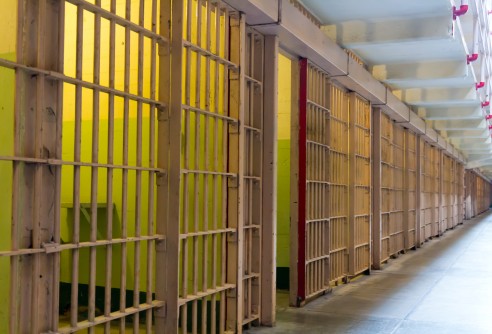 A key finding is that sexual orientation and a history of childhood sexual abuse are significant predictors of male inmates fearing rape as a big threat in prison and voluntarily requesting mental health treatment.

Newswise — There is nowhere to escape in what often is referred to as a “sexual jungle,” especially for the most vulnerable. However, “Zero tolerance” toward prison rape is now national policy thanks to the Prison Rape Elimination Act passed by the United States Congress in 2003. Although this law changed how Americans think about prison rape, few studies have examined how inmates perceive rape and if they feel safe in prison. Even less is known about how their perceptions influence whether or not they ask for mental health treatment while incarcerated.

The most recent National Inmate Survey of 2011-12 of 92,449 inmates age 18 or older shows that among non-heterosexual prison inmates, more than 12 percent reported sexual victimization by another inmate and almost 5.5 percent were victimized by a prison staff member within the past 12 months. In comparison, 1.2 percent of heterosexual prisoners were sexually victimized by an inmate and 2.1 percent were victimized by a prison staff member. These rates are even higher for those with mental illness. About one in 12 inmates with a mental disorder report at least one incident of sexual victimization by another inmate over a six-month period, compared to one in 33 male inmates without a mental disorder.

Using data from more than 400 male inmates housed in 23 maximum-security prisons across the U.S., researchers from Florida Atlantic University conducted a novel study to examine the factors related to fear of rape in prison and the likelihood of male inmates requesting mental health treatment while incarcerated. They focused specifically on prisoners at risk of being sexually victimized in prison: gay or bisexual inmates and those with a history of childhood sexual abuse.

A key finding from the study, published in the Journal of Interpersonal Violence, is that sexual orientation and a history of childhood sexual abuse are significant predictors of male inmates fearing rape as a big threat in prison and voluntarily requesting mental health treatment. Findings from the study reveal that nearly 38 percent of gay and bisexual inmates and 37 percent of inmates with childhood sexual abuse fear rape as a big threat.

“The consequences of perceiving rape to be a threat in prison are vast and could contribute to violence among inmates as well as negative mental health ramifications such as increased fear, psychological distress, chronic anxiety, depression and thoughts of suicide,” said Cassandra A. Atkin-Plunk, Ph.D., co-author and an assistant professor in the School of Criminology and Criminal Justice within FAU’s College for Design and Social Inquiry.

Inmates incarcerated for two to five years are nearly three times more likely to perceive that rape is a big threat compared with inmates incarcerated for less than two years. Inmates in prison longer than 18 years are nearly four times more likely to voluntarily request mental health treatment in prison. The researchers also found that Black inmates are twice as likely to seek mental health treatment in prison compared to White inmates.

“Knowing that gay and bisexual inmates and inmates with a history of childhood sexual abuse are more likely to fear rape and seek mental health treatment, prison staff can target outreach and treatment efforts for this vulnerable sub-population,” said Mina Ratkalkar, LCSW, MS, lead author and a licensed clinical social worker pursuing a Ph.D. who conducted the study while she was a graduate student at FAU. “Our study shows that these sub-groups of inmates are receptive to treatment, and our findings have implications for both practice and policy in the United States.”