In an animal model of the disease, GB Sciences' formulations were able to reduce Parkinson's disease-like behavioral symptoms 'back to baseline' with negligible side effects.

Newswise — LAS VEGAS, Dec. 20, 2019 /PRNewswire/ -- GB Sciences, Inc. (OTCQB: GBLX) announced significant preclinical results for their Parkinson's disease ("PD") formulations from the midterm report for their preclinical study being performed by Dr. Lee Ellis of the National Research Council (NRC) in Halifax, Nova Scotia, CANADA. GB Sciences' PD formulations were able to reduce behavioral changes associated with the loss of dopamine-producing neurons, which underlies the pathology of Parkinson's disease in the animal model. Our final phase of testing will study the mechanism of action for these promising formulations, which could potentially help patients with this debilitating disease. The combined direct and indirect costs associated with Parkinson's disease are estimated at $52 billion in the U.S. alone. 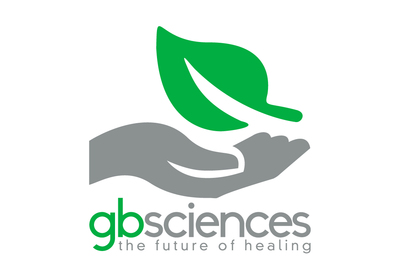 "Several of GB Sciences' mixtures were effective. In fact, our most effective mixture was able to 'rescue' the PD-like behavioral changes to the point where the treated animal's behavior was back to baseline. In addition, our PD formulas produced negligible side effects, which is equally important," explained Dr. Andrea Small-Howard, Chief Science Officer and Director of both GB Sciences, Inc. and GBS Global Biopharma, Inc. "These important preclinical results will be included as 'proof of concept' in GB Sciences' Investigational New Drug application with US FDA in order to enter into our 'First-in-Man' human clinical trial as early as next year."

"These positive preclinical results suggest that our cannabinoid-containing complex mixtures may be useful for the treatment of Parkinson's disease symptomology," said Dr. Michael Farley, President and Director of GBS Global Biopharma, Inc.. "We look forward to bringing these promising formulations into human clinical trials as early as 2020."

GB Sciences, Inc. (OTCQB: GBLX) is a biopharmaceutical research and cannabinoid-based drug development company whose goal is to create patented formulations for safe, standardized, cannabinoid therapies that target a variety of medical conditions in both the pharmaceutical and wellness markets. To learn more about GB Sciences, Inc., go to: http://gbsciences.com.

Note:  Although the Company's research and development activities are not illegal, the production and sale of cannabis products violate federal laws as they presently exist.