Resembling a butterfly with only one wing, this glowing nebula hides a budding star 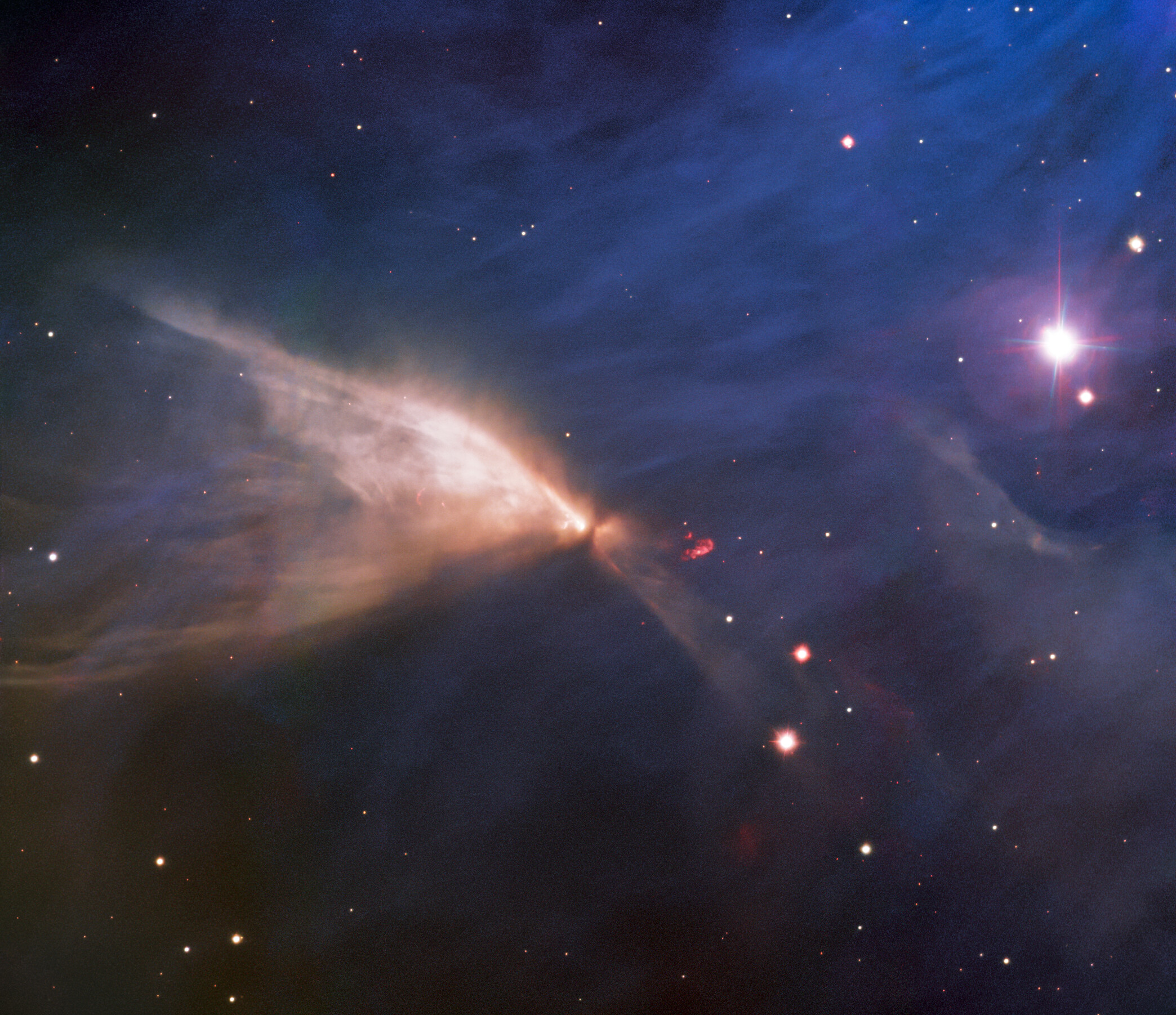 CosmoView Episode 35: Gemini Catches a One-Winged Butterfly. A new image highlights a large cloud of gas and dust known as the Chamaeleon Infrared Nebula, located in one of the nearest star-forming regions in the Milky Way. Hidden inside the nebula is a young star emitting streams of fast-moving gas that have carved a tunnel through the surrounding clouds. The star’s light scatters off the tunnel walls, and finally reflects off the surrounding dust and gas of the nebula. The image was taken from Chile by a multi-object spectrograph installed at the international Gemini Observatory, a Program of NSF's NOIRLab.

Newswise — This breathtaking visible-light image, taken with the Gemini South telescope, looks as though it is ready to flutter off the screen. This apparently wispy object is an outflow of gas known as the Chamaeleon Infrared Nebula — so named because it is bright at some infrared wavelengths of light, although it can also be seen in visible light, as in this view. Hidden at the core of this reflection nebula, and at the center of this image, is the engine of the nebula, a low-mass star (less massive than our Sun) that is eclipsed by a dark vertical band. Even though it is concealed from view, this young, cool star emits streams of fast-moving gas that have carved a tunnel through the interstellar cloud from which the young star formed. Infrared and visible light emitted by the star escapes along this tunnel and scatters off its walls, giving rise to the wispy reflection nebula.

The bright red object to the right of the image center marks where some of the fast-moving stream of gas lights up after colliding with slower-moving gas in the nebula. It is known as a Herbig-Haro (HH) object and has the designation HH 909A. Other Herbig-Haro objects have been found along the axis of the star’s outflow beyond the edges of the image to the right and left.

Astronomers have suggested that the dark band at the center of the Chamaeleon Infrared Nebula is a circumstellar disk — a reservoir of gas and dust orbiting the star. Circumstellar disks are typically associated with young stars and provide the materials needed to build planets. The reason the disk appears as a band rather than a circle in this image is because it is edge-on, only revealing one edge to observers here on Earth. Astronomers believe that the nebula’s central star is a young stellar object embedded within the disk.

The background nebulosity, appearing in blue in this image, is reflecting light from a nearby star located outside the frame.

The gorgeous detail in this image is thanks to the southern edition of the twin Gemini Multi-Object Spectrographs (GMOS), located atop Cerro Pachón in Chile at Gemini South, part of the international Gemini Observatory, a Program of NSF's NOIRLab. GMOS has imaging capabilities in addition to being a spectrograph [1], which makes it a very versatile instrument.

The image was produced by NOIRLab’s Communication, Education & Engagement team as part of the NOIRLab Legacy Imaging Program.

[1] GMOS — the instrument used to capture this image — is a spectrograph. Spectrographs work by splitting light according to its wavelength (imagine a prism splitting sunlight into a rainbow of colors, but much more precisely). This allows astronomers to interpret characteristics such as the chemical composition of celestial objects. This image, however, was not made from spectroscopic data but created using an observing technique called imaging, in which the light from a celestial object is recorded by a charge-coupled device (CCD). Different filters can isolate different wavelength ranges of light, allowing a detailed, multicolor composite image to be constructed.