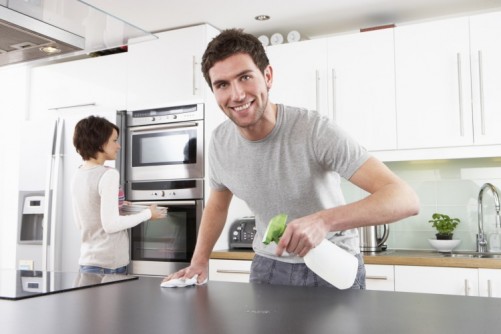 According to new research, both men and women have better quality of life in countries with a high degree of gender equality than in those with less gender equality. 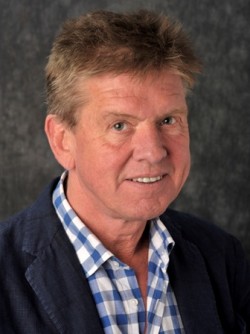 Moreover, the chances of depression, divorce, or becoming a victim of violent death are smaller. This applies to both men and women.

Based on an examination of a major database of statistics gathered from various equality indexes, Øystein Gullvåg Holter is able to conclude that a high degree of gender equality has positive effects not only on women; it also benefits men.

Bu this is not the case at all.

The Spirit Level In 2010, researchers Richard Wilkinson and Kate Pickett created news headlines with the book The Spirit Level (“Ulikhetens pris” in Norwegian). In their book, they show that small wage disparities in society is good not only for the poorest classes, it also has positive effects on society as a whole.

Holter has applied Wilkinson and Pickett’s theory in order to investigate whether the same may be said about gender equality. In other words, does increased gender equality only have positive effects on women, or does men also benefit?

“Within welfare research, a lot of attention has been paid towards wage disparities in society, which is good, but I was unsatisfied with the way gender equality was neglected,” says Holter.

Health profit with gender equalityWhen Holter studies health, he means health in a broad sense. When measuring health, he has looked at factors such as welfare, depression, divorce, fertility, suicide, and violent deaths.

Holter points out that there are some major discrepancies in his figures, however. Not everybody benefits equally from gender equality. Nevertheless, the figures imply that the majority live better lives in more gender equal countries and states.

Holter’s statistics show that more gender equal countries score much higher on well-being and lower on depression among both men and women.

Statistics also show that there is more gender balance in the suicide rate in gender equal countries. In the less gender equal societies, men are much more likely to commit suicide than women are.

In this area, positive findings are not measured in terms of the amount of children; a stable and so-called sustainable birth rate of approximately two children per woman is considered optimal.

The chicken or the egg?The data show the same tendency as the effect of increased wage equity. A high degree of gender equality has positive effects on society as a whole.

Neither do statistics take the major internal variations within countries and states into consideration, nor historical variations. They provide a snapshot from 2010, the year the data were collected.

“This shows that men’s contribution is important in order to obtain gender equality,” says Holter.

“It is not without significance that the countries that have been most affected by the financial crisis are also the ones in which men participate least in unpaid care work,” Holter maintains.

“The level of men’s participation at home has an effect on society as a whole.”

According to Holter, the connection between gender equality and the distribution of unpaid care work is supported by thorough research. He has carried out qualitative studies on the topic himself, and made the same observations.

Men’s participation at home seems to be an important underlying factor in order to achieve more gender equality. Yet this factor is not included in the major gender equality indexes.

“Indexes such as Gender Gap Index and the Social Watch Gender Equality Index should include data that shed light on men’s contributions to gender equality, as well as the benefits and disadvantages increased gender equality have for men,” says Holter.

Holter speculates that this has to do with men not being aware that high quality of life is connected to gender equality.

“The advantages I have found related to gender equality are underlying tendencies that appear when you use statistics. They mightn’t be as obvious for people in everyday life,” he says.

He also points to the fact that both men and women still consider gender equality a feminist cause, something primarily for the benefit of women. Positive effects on men are more often attributed to men’s own accomplishments.

One reason for this understanding may be that both research and the public debate on gender equality primarily revolve around women. Holter refers to it as the “gender trap”; at international conferences, it often takes only two minutes until the discussion is all about women, he maintains.

According to Holter, however, we are much further ahead in Norway than many other places.

“Norwegian research and debate, and Norwegian politics in particular, have focused a lot more on involving men. In Norway, we’re more concerned with getting men to participate in care work, whereas for example Poland doesn’t include men in gender equality work at all. So we’re ahead. But there are still prevailing prejudices against men, even here.

Criticised for focusing on menThe focus on how men benefit from gender equality has also been criticised. Bob Pease, Professor at Deakin University in Australia, is critical to the approach that the benefits of gender equality for men are to be considered a precondition for men to support more gender equality. According to him, men should support gender equality regardless of whether they benefit from it or not, and he fears that women’s desires and needs are overshadowed by the focus on men.

Holter disagrees that the focus on men in research on gender equality means less focus on women:

“I don’t think the one rules out the other, and I think it’s dangerous to be too moralistic towards men. Pease’s objections illustrates that men and gender equality have been more subject to research and debate in Norway and the Nordic countries than in Australia. I also think it’s important to raise awareness among feminists that gender equality doesn’t only affect women,” he says.

The fact that gender equality also concerns – and depends on – men, becomes clear from Holter’s research.

According to him, his findings give good cause for further research on the connections between gender equality and welfare. 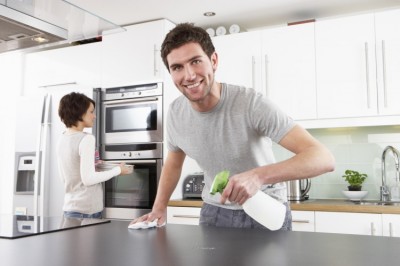 Caption: According to new research, both men and women have better quality of life in countries with a high degree of gender equality than in those with less gender equality. 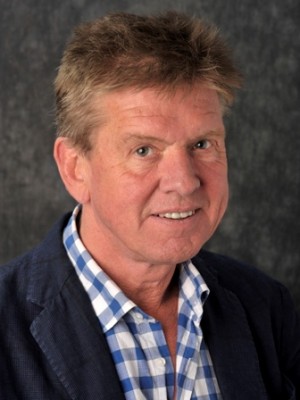